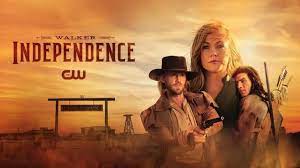 Her husband is murdered before her eyes while they are set out on the journey out to the West. If you are curious to know about the cast, plot, release date, and other updates about the CW show then you are at the right place. We are going to round up all the information about the Walker Independence Prequel series. Read the post below to find out everything about the series.

Walker Independence filming has started and the fans get regular updates on social media from the team and actors of the film. McNamara was kind enough and she passed along a new teaser of the show. The fans are excited to know what is in store for Abby and Hoyt. 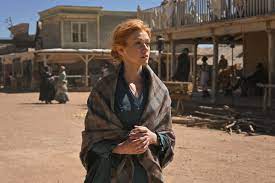 Walker Independence is set in the late 1800s. The story follows Abby Walker. She is an affluent Bostonian. Her life takes a wild turn when her husband is murdered before her eyes.

The couple sets on a journey out West but a tragedy occurs while they are on the trip. Her husband dies and she gets thirsty for revenge. On the path of her revenge, she crosses paths with Hoyt Rawlins who is a lovable rogue in search of purpose.

Abby & Hoyt’s journey takes them to Independence, Texas, and they encounter diverse, eclectic residents who are running from their own troubled pasts. They are chasing their dreams and are desperate to achieve them. All of them end up becoming agents of change in the small town.

The tough-minded Abby’s husband is murdered before her eyes. She crosses paths with Calian who is a curious Apache tracker. Abby arrives in the town of Independence, Texas. The show also revolves around various other characters. 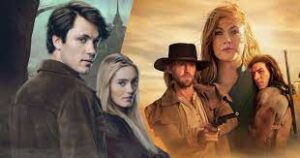 Kate is an idiosyncratic burlesque dancer who has a keen interest in Abby’s origins. Kai is a soulful Chinese immigrant who is running a local restaurant/laundry. He offers Abby friendship without any agenda.

You will meet Hoyt Rawlins who is a slippery rogue, thief, and con artist. He has a dented heart of gold. He quickly eyes Abby as a mark, but she turns the tables on him. Hoyt is a smart character who knows how to get his way but he gets beaten by Abby’s wit.

In seeking justice for her husband, Abby gets to meet with Independence’s noble deputy sheriff and Augustus. Sheriff Tom Davidson is a man with a complicated past. Abby and Hoyt soon find themselves aligned together. They are both seeking to uncover the truth about the identity of Abby’s husband’s killer. They vow to save Independence which is a frontier boomtown. This is a town where nothing seems to like it seems.

The CW’s Walker: Independence is developed by CBS Studios. The teleplay is written by Seamus Kevin Fahey. The story is co-written by him and Anna Fricke of Pursued By a Bear. Both of them serve as executive producers along with Jared Padalecki, Dan Lin, Lindsey Liberatore of Rideback, and Laura Terry of Pursued by a Bear. Larry Teng is also the executive producer and director of the pilot.

The cast of Walker Independence is as follows:

Walker Independence was announced in May 2022. It was scheduled for a fall premiere and will be paired with its parent series. The show will get a Thursday time slot and will release on October 6, 2022.