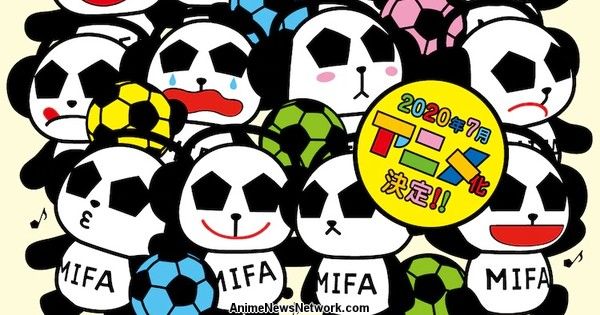 Music Interact Football is responsible for arranging events for MIFA. The events are colorful and fun and include music and football. The company believes that music and football are some of the best communicating tools that can help to bring people together and make them smile. There is good news for all the music and football fans. MIFA has made an announcement that an anime that will feature the mascot ‘Mifanda’ of the company would be airing soon and the fans cannot contain their excitement after hearing the news. Let’s get to know more interesting details about the Soccer Panda Mifanda.

What are the latest Updates on Utau Soccer Panda Mifanda?

The company that deals with the Soccer Panda series have recently announced that Mifanda that will have music and football would come out exclusively with an anime that will be titled ‘Utau Soccer Panda Mifanda.’

Is there any trailer of Utau Soccer Panda Mifanda?

The fans of the Soccer Panda Mifanda can be happy because the company has released a promotional video of the anime. The anime that has been surrounded by a lot of buzz has made the fans even more excited after the release of the promotional video.  The promotional video has been released on MIFA’s youtube channel and it features Mifanda. He is seen telling the team members in an exhausted tone that the players will get 17 more minutes of additional time included in the match. The video ends with Mifanda asking the audience, “ Is this an anime?” 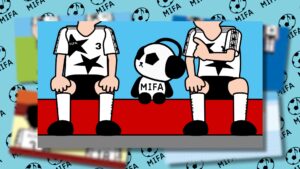 Anime “Singing Soccer Panda Mifanda” Broadcast from July has been postponed! Shobon… But for everyone who is looking forward to it, We will especially broadcast Section 0 “Additional Time”! Please look forward to it a little more~

MIFA left an apologizing tweet to the fans for the delay in the release and schedule of the anime. They also assured the fans that the team and the staff are working together to make sure that the audience gets to enjoy a regular broadcast of the anime.

Utau Soccer Panda Mifanda: What is it about?

MIFA that stands for Music Interact Football for All is an entertaining project that involves music and football together. The event is organized to attract music and football lovers come together at the same event. This helps to double the profits because football and music lovers combine together to form a large audience. MIFA has planned to release an anime series that is based on the same agenda.  The anime will involve a wide range of social contribution activities and will be centered on Ukasukazy. It is a unit that consists of Mr. Children‘s Kazutoshi Sakurai and rapper GAKU-MC. The rapper has also produced a few entertaining background scores for the anime that will make the series even more entertaining.