Umbrella Academy Season 2: Release Date, Cast, Plot and All You Need To Know 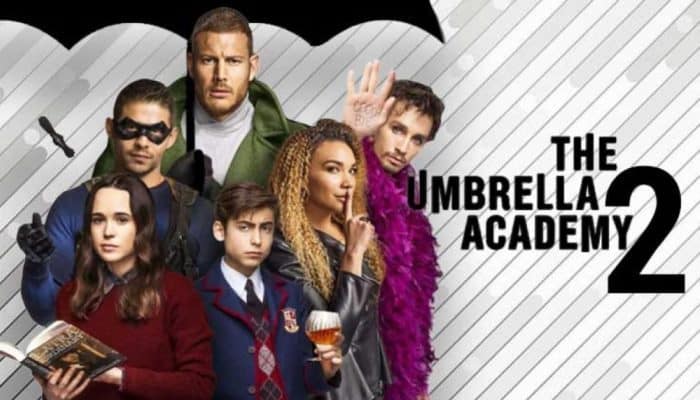 Umbrella Academy is an American superhero drama that will be returning with a season 2. If you are a fan of Umbrella Academy then you must be curious to know more about Umbrella Academy Season 2. Fans of the show are excited to see what the makers have planned for season 2 as the season 1 had a gripping storyline. We have gathered all the recent and latest rumors that are floating around about season 2. Jump in to know the details.

What are the latest updates about Umbrella Academy Season 2?

According to the latest updates the makers are planning to change the direction of season 2 from season 1. The fans can expect a lot of changes in the plot of season 2. The Umbrella Academy season 1 was appreciated by the fans and managed to grab a lot of attention. Season 1 was released in February 2019 and received a rating of 75 percent. The season 1 was a success and that was the reason why Netflix has renewed the Season 2 of the drama series.

What is the Plot of Umbrella Academy Season 2?

The official plot of Umbrella Academy season 2 hasn’t been revealed as yet but it will follow from where Season 1 ended. In Season 1 of Umbrella Academy we saw Number five saving his siblings with his supernatural abilities. As a result he created the mess in the original world. Season 2 will explore the plot of season 1 and the Hargreeves who are the superhero kids who are trying to find a way to change everything back to normal. The situation will turn out to be very bad if Vanya is not stopped. There are speculations that season 2 will be dealt with at a different angle. Vanya will be one of the key characters in season 2 and will have a major impact on the storyline. The overall setting has also changed as confirmed by the makers. The composer has revealed that new scores will be introduced to make the season 2 more interesting and fun. The songs will be able to support the overall mood of the drama.

How many episodes will Umbrella Academy Season 2 have?

Umbrella Academy Season 2 will have a total of 10 episodes. The names of the episodes are as follows:

Episode 1: Right Back Where We Started
Episode 2: The Frankel Footage
Episode 3: The Swedish Job
Episode 4: The Majestic 12
Episode 5: Valhalla
Episode 6: A Light Supper
Episode 7: OGA for OGA
Episode 8: The Seven Stages
Episode 9: 743
Episode 10: The End of Something

What are the Cast details of Umbrella Academy Season 2?

When is Umbrella Academy Season 2 releasing?