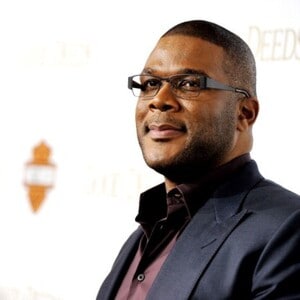 Tyler Perry is an American actor and a director. He is also a scriptwriter and has produced many Television shows and films as well.  Tyler Perry is one of the most successful directors who is doing financially very well. He has directed more than 30 movies and 8 TV shows.

Tyler Perry has a net worth of $800 million. His annual salary ranges between $200 and $250 million. He also owns a production company currently that helps him to earn around $150 million every year. He is a truly self-made man and has acquired his net worth and success on his own. He rose to fame after writing the famous play I Know I’ve Been Changed. 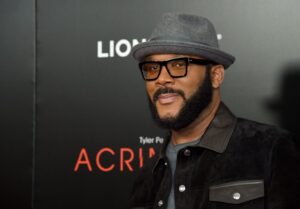 Perry was born Emmitt Perry, Jr., on September 13, 1969, in New Orleans, Louisiana. He quit high school but studied for his GED. After He was abused by several family members when he was young and he began to write to heal his mental wounds. In his 20s, he watched an episode of The Oprah Winfrey Show, which discussed how therapeutic impact writing can have on someone. That show inspired him to write his first play. He wrote his first stage play I Know I’ve Been Changed. The play gained a lot of fan following and almost 35,000 audiences came to watch the show per week.

Perry invested in a movie in 2005 which was titled Diary of a Mad Black Woman. The film was a major success and grossed over $50.6 million domestically. Perry ventured into the direction in 2006 and his film Madea’s Family Reunion grossed over $30.3 million.

Tyler produced 14 movies and the films earned $700 million dollars. Perry is the writer, director, and producer of his movies that is why he takes away a lion’s share of the films and projects he is involved with.

Perry is the man behind the popular sitcom, Tyler Perry’s House of Payne. The show ran for eight seasons and aired on CW. It generated high ratings for the network. He has also written and produced Meet the Browns, which premiered on TBS in January 2009.

Perry changed his first name when he was16. He distanced himself from his abusive father. Some years later DNA tests revealed that he was not Perry’s biological father. Perry is not married but is in a long time relationship with model Gelila Bekele since 2009. Bekele and Perry have a son together. Perry is involved in charitable causes and provides for people who are in need.

Tyler Perry Studios was accused of firing 4 writers in October 2008 because they were retaliating to get the union contract. The dispute between the writers and Perry was settled a month later. Perry threatened to take legal action against a company, Mo’ Money Taxes. He accused them of plagiarizing his work. He claimed that the Television show has parodied his work.