AEW Star Keith Lee is in the news for putting up a mysterious tweet. On Tuesday evening Keith caused a commotion on the social media. He posted a tweet on twitter that refers to him for receiving “less than stellar news”. These tweets are causing some people to wonder if Keith will appear on tonight’s episode of ‘AEW Dynamite’. In this series his partner Swerve Strickland are all set to face Ricky Starks and Powerhouse Hobbs and the Young Bucks. It will be a three-way match for the AEW World Tag Team Championships. Here are more details to this story:

Keith Lee Puts Up A Mysterious Tweet On His Social Media 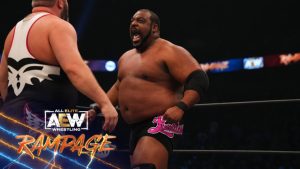 With the mysterious comment of Keith on his twitter limitless fans are wondering what’s happening. However they don’t need to have a fear as Tony Khan has come up with an answer to your question. Tony is the AEW owner and CEO, this is why he is revealing some details about this top wrestling star.

Even though he didn’t go into much detail he addressed the tweet of Keith in his weekly appearance on Busted Open Radio. Tony is leaving all your worries behind as he says ‘Keith is here’. Here is what he has to say:

“He is wrestling tonight. He had a family situation. I don’t want [to get into it], it’s not my place. But Keith is here and here to wrestle, as I understand it. I can’t really comment on what’s happening, but we’re going to support him through what is happening.”

In the meantime Keith Lee did a quote-tweet with an AEW video. He promotes the three-way title match. Moreover it confirms the appearance of the three-way match that will happen at ‘Dynamite.

Keith Participates At The New Match To Entice Wrestling Fans 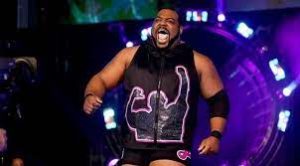 Keith Lee is surprising fans with enticing performances frequently. With this new match it will mark his second shot at the AEW Tag Team titles. It is the second time he is getting involved with a three-way match for championship. The duo plans to take this match forward along with Hobbs and Starks. They have been successful on Jurassic Express at AEW Double or Nothing this May. If this isn’t enough Jurassic Express wins all the matches to retain their belts.

Since then there have been some problems with Keith and Strickland cropping up. Strickland even eliminated Keith in the Casino Battle Royal on June 8th. The duo however continues to win and will be on the same page following the new match. Talking about his health issues here is what Keith has to say:

“Very fortunately, even though it took a long time we waited that amount of time, that allowed for the inflammation in my heart to eventually go down to normal. Even though the first MRI was bad and the second MRI was worse, over time things got better here and there. Eventually, after that visit, I was cleared to try and get back into some sort of shape. That’s where the real struggle is’’. All the wrestling fans must be happy as he is gathering courage to keep his health in a good condition.

Keith Thought His Career Is Over Due To Health Issues

All the fans are surprised to get into all the details from the wrestling star himself. The former NXT Champion talked about his health issues back in August 2021. He was nearly out of the television from February to July that year. It followed by COVID-19 infection and he had to deal with a heart inflammation that was fatal. Here is how he explains it:

“The next day I got a call saying there was something off with my blood. Some people might have experienced this thing where there’s an inflammation in the heart or lungs, for me it was the heart,” Lee revealed in a video on social media.

“And that led to very scary times. I was basically forbidden or any training outside of a light walk. So there was a fear that doing more than that there was a chance that I could up and pass away.

For three or four months this was kind of the case and I had several MRIs on my heart. By the way, I don’t fit in those machines, it was terrible and my shoulders really struggled with that. But we had to do what we had to do, right? So this became a fight against death, so to speak.

It took up until the company sent me up to Pittsburgh to get looked at. And it was up to the point where I was going to have to undergo genetic testing and all sorts of things, because it was thought that there was potential I could have a heart disease of sorts’’.