Many audiences believe that AEW All Out 2022 is a newsworthy night. The company is crowning a new AEW Interim Women’s Champion, AEW World Champion and AEW World Trios Champions. All the biggest moments of evening have become more than special for everyone. The long awaited of return of AEWs biggest heel, Maxwell Jacob Friedman is happening too.

MJF has shocked the world by winning the Casino Ladder Match earlier in the night. He plays the character of a mysterious masked man with the assistance of Stokley Hathaway and his faction. Here is more to this story: 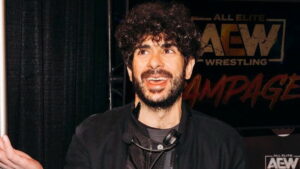 MJF has shocked the entire wrestling audiences by winning the Casino Ladder Match.  He got to celebrate this moment after capturing his second AEW World Title. It happens right after CM pinned Moxley with his third GTS of this match. During this time the screen went black as they got a voicemail from AEW CEO Tony Khan. They began playing in that arena but Tony wanted Friedman to come back as well. He wanted to put him in the ladder match as he was chosen by the company itself. Here is what Tony has to say:

“I’m the one who asked him to come back, because MJF’s a big star in this company, and this is one of the biggest events,” Khan said when asked about MJF’s return during the All Out post-show media scrums by Wrestling Inc. senior news editor Nick Hausman. “A year ago, CM Punk debuted here, and I thought it was right for the fans . For the fans, I thought the best that would do as a company was bring MJF back.”

Talent That Tony Khan Should Sign Up For AEW’s Roster 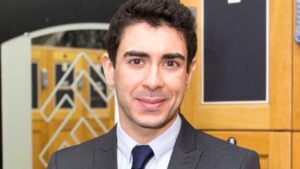 All Elite Wrestling is showcasing the perfect roster since 2019. It includes established wrestlers and new talent all at once. You can witness the top tier performers from all around the world. They showcase diverse backgrounds in every walk of life. However, some people may criticize AEW for bringing in most of the former WWE stars.

It may seem hard to argue with what the official team has to offer. Many of the wrestling stars suffering from injuries will not be able to take part inside the ring. They will obviously require a new member to step up instead of them. Clearly Tony Khan is always looking for new talent to join for the company. He is trying to use new strategies that can help the company work for the better.

Whether it is the new talent or WWE veterans he has to fill up all of them conveniently. However, with so many performers available at the scene he cannot possibly track all the hottest activities as of now. There are a lot of options to choose from and wrestling fans are ready to give him an idea about them all. Here is a list people will like to see inside the ring: