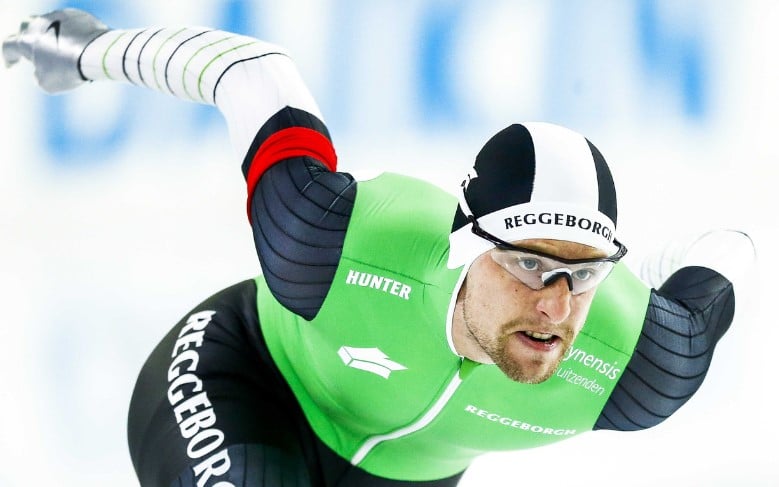 Ronald Mulder was the most constant 500-meter rider in 2014 and is still reminded of this every day. The world cup is on top of the cupboard in his living room. “It is very cool to be the strongest in the whole season. It is one of the best prizes I have ever won.”

Performing in the World Cup does not have that much value for all skaters. Those who qualified at the beginning of November in Thialf said they were happy with the tickets for the first four weekends, but usually also said that the World Cup matches are important for ‘gaining rhythm’. As Sven Kramer outlines: “I am no longer eighteen. These competitions are all about big tournaments for me.”

That’s how the younger Dai Dai Ntab is in it. In 2017, he was the winner of the 500-meter world cup. The sprinter was back home last year. Now he is there. “A nice run-up to the NK at the end of December. This way I can see what I am doing in the international field and expand my level.”

This season, the World Cup will pass Minsk (Belarus) Tomaszów Mazowiecki (Poland), Nur-Sultan (formerly Astana, Kazakhstan), Nagano (Japan), Calgary (Canada) and the final in Heerenveen. The question is whether all toppers appear anywhere on the ice. For example, last year the Jumbo toppers skipped a World Cup weekend because a training camp was considered more important. The Japanese Nao Kodaira did the same.

Roughly fifteen years ago, most of the winners in the world cup were still regarded as extremely prestigious. That status has crumbled more and more. With adjustments to the calendar, the prize money, and places to be earned for the World Cup, attempts have been made to upgrade the World Cup, but those attempts have not yet caused a change.

“It used to be real: the World Cup,” said Ireen Wüst. “These days you just want to qualify and then choose the moments when you want to ride.” Wüst is really no longer tense for every race in a world cup. “It depends a bit on it. Last year in Salt Lake City I was tense, there are fast times to drive. And in Heerenveen, you always want to show something extra. But some competitions are used purely for training.”

Yet there are also skaters who come out in the World Cup still cause big eyes and extra nerves. For promises and debutants, such as Michelle de Jong (20). Antoinette’s younger sister has qualified for the first time. “Driving the world cup is a dream come true. I just wanted to go there. I can learn, gain experience, and grow.”

Despite the sometimes demanding travel schedule, Ronald Mulder is planning to ride all the World Cup races. “I just think it’s beautiful. Being allowed to ride in a sprint country like Japan. And to go there for that world cup. That’s cool.”