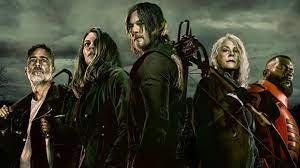 Chris Hardwick is going to be joined by familiar faces for AMC’s Talking Dead: The Walking Dead Universe Preview. The fans are expecting to know a whole lot more about the final episodes of upcoming spinoffs that will be focusing on Norman Reedus’ Daryl; Lauren Cohan’s Maggie & Jeffrey Dean Morgan’s Negan; Andrew Lincoln’s Rick & Danai Gurira’s Michonne. The August 14th-debuting anthology series Tales of the Walking Dead will be a treat for the fans. To celebrate the return of the show the makers have released some preview images for Season 11C. 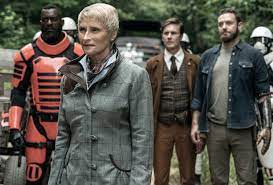 The SDCC trailer released last month for AMC’s The Walking Dead Season 11 Part 3 was a treat for all the fans of the series. The show is all set to return on October 2nd. The series is back this Fall and a new trailer from SDCC has given the fans an exact release date for episode 17. Now we finally know about the complete roadmap for the show’s final episodes.

The Walking Dead season 11 return date: When is episode 17 airing and where can you watch it?

The Walking Dead season 11 has released 24 episodes that are split into three parts. The first eight episodes aired from August 2021 to October 2021. The second part has just finished airing. It ran from February 2022 to April 2022. The third part will be beginning on October 2. The final episode will air on November 20 if the episode release goes according to the schedule.

What will The Walking Dead Season 11 C Focus on?

With the presence of the oppressive presence of locusts, some greater force is bearing down on every single member of the community. The Commonwealth flags have been raised at Hilltop, Alexandria, and Oceanside. There is no time left to strategize for those on the road. It will be a race against the clock as everyone will struggle to stay alive.

Inside the Commonwealth, Connie’s article has been creating a lot of chaos than planned. Milton’s corruption has been exposed and their hope to create a better, life may instead put everyone at risk. Each group continues to get caught in uncontrollable situations and threats are lurking around every corner. There is a lot of pressure on the cresting towards a day of reckoning for all.

What to expect from The Walking Dead Season 11 C? 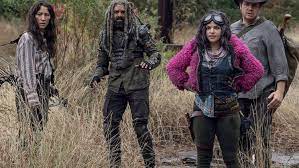 Showrunner Angela Kang shared about the concept of Season 11 Part 3. She promised that “there are going to be some twists and turns in the journey, but also some really beautiful emotional scenes,” too. The franchise’s mastermind has teased us about the biggest difference between Parts 2 & 3.

The Band’s Back together for Season 11 Part 3: “In the second block of episodes, they were sort of torn apart. In the last part, the gang will be back together again, and they will be moving on towards a common purpose.

“Carol is somebody who’s come so far in her journey, and there have been times when she’s been really, really tormented about the things she’s had to do, but I think Carol’s in a place of a pragmatic acceptance of the decision she has to make,” Kang shared.

“We’ll get to see some really cool moments from Carol as she’s just outwitting and outlasting those that are seeking to do harm to her folks. She gets to have some memorable moments with both villains and our heroes. She’s like a chess master who’s playing 4D chess while other people are just kind of cranking along moment to moment.”