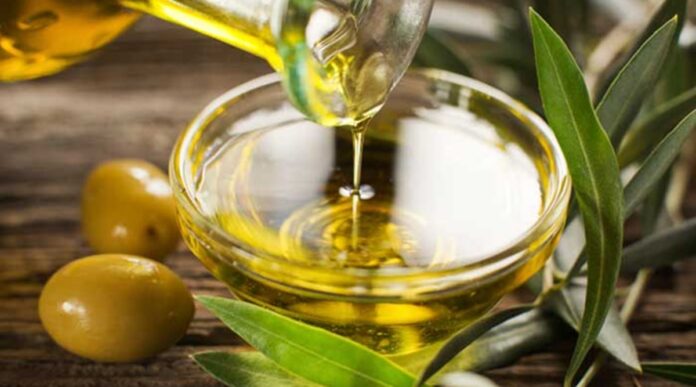 Dubbed as “Liquid Gold” by Homer, olive oil worldwide is considered one of the best oils.

Not only does this oil have the capability to enhance the flavor of any food, but it is also the healthiest oil known to humankind. Hippocrates was one of the biggest fans of olive oil.

He might have said this while thinking about olive oil, “Let thy food be thy medicine and let thy medicine be thy food,” as he believed that this not so humble oil was “the great healer.”

Olive oil was considered as a symbol of wealth and fame throughout the History of the Mediterranean. It played a fundamental role in Ancient Greece and Rome’s culture, arts, trade, and economy.

So, what makes this oil so unique? Let’s find out by tracing it back to its origin.

The Cultural Significance Of Olive Oil In Greece

Some scholars argue that olive trees were first domesticated in Ancient Egypt. But, for the Greeks, it is the gift from above. In fact, Greeks take pride in the fact that they introduced olive oil to the world.

This liquid gold originated in Ancient Greece, as per what was written in 2500 BC on the stone tablets from the court of King Minos of Crete.

The olive tree was considered the gift from the Goddess of wisdom and arts, ‘Athena.’ Thus, the Greeks regarded it as the symbol of peace. This very tree grew on the acropolis of Athena.

The Olive branch was imprinted on the classical Athenian coins for this same reason. And hence, the cultivation of olive began in Ancient Greece, around 3500 BC in the Early Minoan times.

Later, in 2000 BC, due to the intense and systematic cultivation of olive in Crete, the Greeks could export their liquid gold for the first time. And since then, olive oil had a crucial role to play in building their economy.

For the Minoans of Crete, olive oil had an immense significance in their daily lives, and we have archaeological findings to prove this. There are findings of olives and olive oil all over Crete.

One such impressive discovery that stood out was the untouched olives found at the bottom of a cup that was sunk in a water cistern at the Minoan Palace of Kato Zakros.

How Olives Made Its Way To The Olympics And Panathenaea

One of the most exciting facts that showcase olives’ historical significance is its appearance in the first Olympic Games in 776 BC.

Winners received an olive branch symbolizing armistice of any hostility, a practice that was carried out until the Ancient Olympic Games ended. 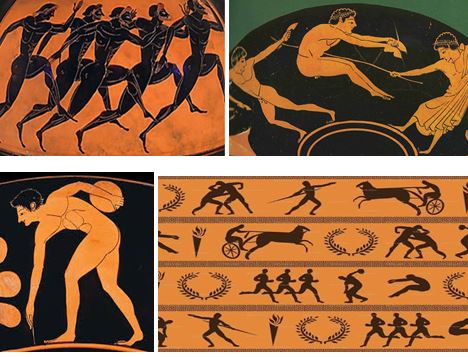 Every four years, the Panathenaic Games took place in Athens as part of the celebratory functions to honor their Goddess Athena.

In Panathenaea, the winners were awarded the best olive oil, proving how olive oil can be equated to today’s gold.

The quantity of olive oil awarded depended on the type of game. A winner could get up to 5 tons of olive oil.

However, Athena’s laws didn’t allow a single person to have such a large quantity in their possession. The winners of the Panathenaic Games were given a concession, and they were allowed to export the oil.

Thus, the most significant merchants of olive oil were the Athenian winners of the Panathenaic Games. And all of it was only possible because of Athena’s gift to humanity.

The Roman Empire occupied Greece, and along with it, they conquered the secrets of the cultivation of olives. Greece was no longer the major exporter of olive oil.

But the importance of olive oil as a commercial commodity increased after the Roman conquest of Egypt, Greece, and parts of Asia, as it led to more trade. 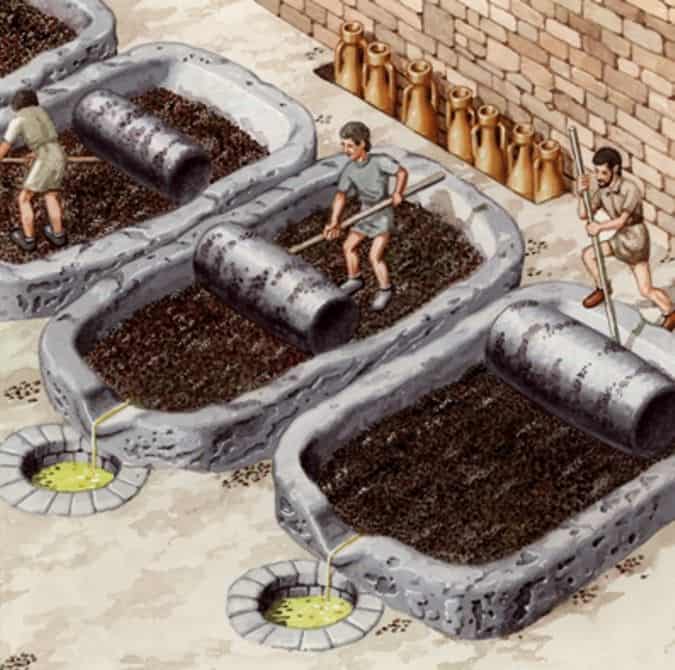 During the Roman Republic and Empire’s evolution, olive trees were planted throughout the entire Mediterranean basin.

According to the historian Pliny, the Elder, Italy had “excellent olive oil at reasonable prices” by the 1st century AD and “the best in the Mediterranean.”

As the olive production expanded in the 5th century AD, the Romans began to employ more sophisticated production techniques like the olive press and tapetum.

From then, olive oil has also made its way into religions, such as Christianity and Judaism.

The Versatility Of Olive Oil

Olive oil continued to reveal new curative properties as it was discovered as a well-known remedy for sore throats, cuts, and bruises by the Middle Ages.

For Greeks and Romans, olive oil was the star in their meals, as they included olives in most entrees and salads, always well dressed with oil of the highest quality.

The ‘Vatica,’ an Ancient Roman cake recipe, is made with three simple ingredients: olive oil (no surprise there) and the other two, flour and salt. It is said that the Ancient Greeks invented ‘salad dressing’ using extra virgin olive oil, vinegar, sea salt, and honey.

The healthiest olive oil was used not only in food but also as a cleanser instead of soap. It was also utilized as the base agent for scents and ointments and in tanning.

Besides, this oil was also an excellent fuel and was used in religious ceremonies; hence it was highly prized. Only the affluent people of Ancient Greece and Rome dared to use olive oil in their beauty regime.

In fact, it is said they poured it all over their body and bathed in it. If that doesn’t send the message, then what will? (To bathe in liquid gold was the dream back then.)

From the ‘olive branch’ being the symbol of peace to using olive oil for ‘Anointing of the Sick,’ to being adorned as a modern ‘superfood,’ there are many stories to tell about this oil.

The use and importance of olive oil in Ancient Greece and Rome is nothing but proof of its innumerable values and benefits.

To what extent can you cure back pain by exercise?