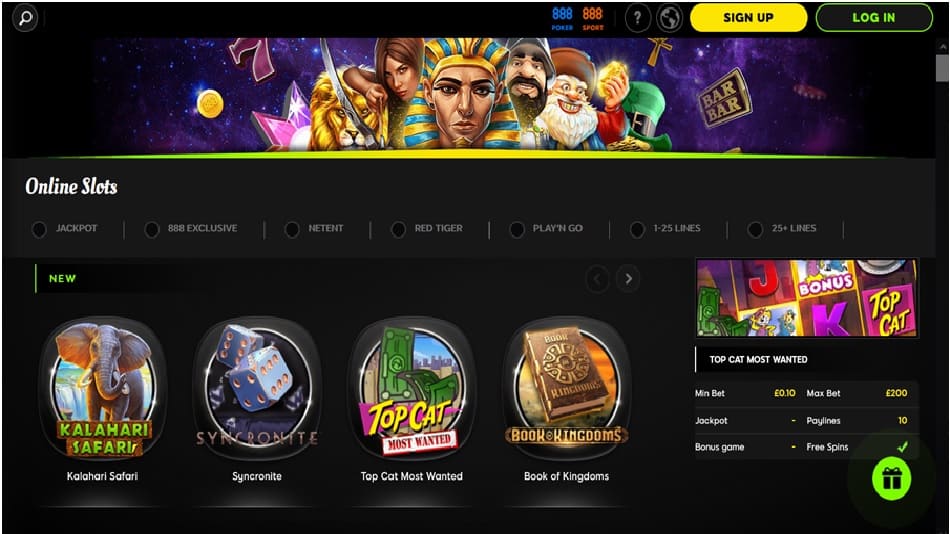 The top casinos always need to stay ahead of the competition when it comes to new and exciting games. The company works hard to develop and host new games on their website to keep players entertained.

Contents show
1 Titan Thunder: Wrath of Hades
2 Crystal Quest: Deep Jungle
3 Book of Kingdoms
4 Monopoly Electric Wins
5 Kodiak’s Roar
6 So why not give it a try?

888 casino have a whole host of games on their site, they are particularly renowned for the thousands of amazing online slots covering a huge range of themes. For those that are interested in learning about the latest and greatest of 888 casino’s exclusive slots, read on to find out what the top 5 best new slot games are.

For fans of Greek mythology, Titan Thunder: Wrath of Hades will be a much anticipated new game. A 5-reel, 25-payline slot game from Quickspin. Quickspin are a Swedish online casino game provider who boast their innovation around development and style. The team have already won many coveted game awards including the ‘Innovation in RNG casino software title” award in Stockholm in 2016. As Quickspin’s first fixed jackpot slot, it’s a beautifully designed one.

The game includes a Lightening Jackpots feature that results in cash prizes and fixed jackpots, with the Mega Jackpot worth 1,000 x stake. The free bonus feature, aptly titled the Underworld Free Spins Bonus Feature, is an excellent add on. Each retrigger results in more free spins as well as increasing the multiplier by 1.

One of the best parts about Titan Thunder: Wrath of Hades is the theme, which has high definition graphics as well as animations. Like other 888 casino games, it’s available for desktop, mobile and tablet with the fantastic visuals working well on smartphone devices.

This game was created by the team at Thunderkick. This is another Swedish game studio that have become renowned for their slot games. Launched in 2012 in a tiny two-person studio, they’ve continued to go from strength-to-strength and now employ a team of fifty people with some amazing titles under their belts.

The latest is Crystal Quest: Deep Jungle. A 6-reel, 4,096 win-all-ways grid, it’s a fun slot with a progressive multiplier in all phases of play. Free spins are triggered when 3 scatter symbols land on the reels. The benefits to free spins include the Wild Explosion Feature.

The theme of the ‘jungle’, which alludes to ideas around mysterious bush and adventure is another reason why this game is so enticing to players. The mystery symbols, which appear as snake-head icons, feed into the excitement around this theme and the game more generally. 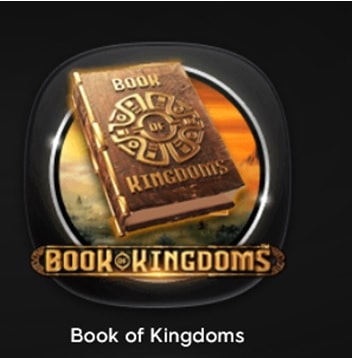 Created by Pragmatic Play — one of the leading online casino software developers — Book of Kingdoms is a follow up of their slot gameReturn of the Dead. Unlike Return of the Dead however, we aren’t in Egypt.

It’s not exactly clear where the theme is based on but there does feature snake charming belly dancers, a sultan and fez-wearing monkeys. As well as an Ottoman-inspired soundtrack to accompany game play.

Speaking of game play, Book of Kingdoms is a pretty straightforward experience, with a 5-reel 25-payline game area. It has a medium (3/5) votality setting with some interesting features like a mandatory batch of free spins. Players also benefit from unexpected Money Respins, through symbols including the book and silver shield money symbol.

Overall it’s an interesting choice for those who enjoyed Return of the Dead and for players who like to be transported into a fantasy world.

Based on the popular board game we all know and love, Monopoly Electric Wins has a great style. A neon, flashy design it’s got an unusual playing style with 6 reels and 729 ways to win. You have to land on three or more symbols that are matching or wilds on adjacent wheels.

Stake levels are between 20p and £15 per spin, with a maximum win from base game being 150x the stake you’ve made. There’s also a multiplier feature.

For fans of Monopoly, it’s a great and exciting new version of the game with lots of tokens including the car, dinosaur, top hat, dog and more.

This slot is exciting because it’s a completely unique theme. This game takes you to the North of America, to a savage wilderness and tundra setting. A WMS-powered game with 5 reels and an impressive 1,024 ways to play, Kodiak’s Roar will definitely delight online slot fans looking for something a little different. It features a country soundtrack which you don’t always get on online slots.

There’s also a free spins bonus feature. It happens when you land 3, 4 or 5 paw print scatters during the base game. The game itself offers payouts of 2,500 times your stake. It’s definitely a great option for those who want to try something, at least theme-wise, outside of what they normally play.

So why not give it a try?

With so many new and entertaining games available on 888 casino, there’s something for everyone to enjoy. And while it’s always nice to go back to your favourites, it can be great to try something new too. 888 casino definitely has a lot of options and with so many new developments around gaming, it’s really a one-stop-shop for the classics you know and love and the best that’s on offer in the gaming world right now.