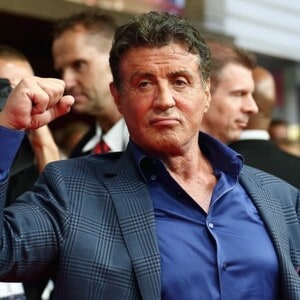 Sylvester Stallone is an American actor, screenwriter, producer, and director. Stallone has been a part of many movies that have been a major success. The movies have generated more than $4 billion and were a commercial success globally. Unlike other Hollywood stars, Sylvester has also written, produced, and directed his major franchise movies.

Sylvester Stallone has an estimated net worth of $400 million dollars. He achieved mainstream success as a writer after writing for “Rocky” in just three days. He pressured and somehow convinced the film’s producers Irwin Winkler and Robert Chartoff to cast him in the movie. He received a cut-rate salary of $23,000. 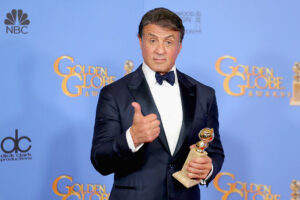 Sylvester Stallone was born on July 6, 1946. His real name is Michael Sylvester Gardenzio Stallone. He was born in Hell’s Kitchen, Manhattan. He is the eldest son of his parents. His father is an Italian-born Francesco who was a hairdresser. During his birth, he faced complications that caused the lower left side of his face to be paralyzed. Stallone grew up in foster care because his parents had a volatile relationship. His parents got divorced later on. Stallone earned a degree in drama at the American College in Switzerland and moved to the University of Miami later on. He quit school before completing his degree and shifted to New York City to pursue his acting career.

Stallone made his debut in the movie “The Party at Kitty“. The movie was a softcore adult film. The actor was paid $200 for being a part of the film for two days. He appeared in minor roles in his first few films. He was also interested in screenwriting.

Stallone did not sell his script and forced the producers to let him star in the movie. He met Irwin Winkler and Robert Chartoff, and they were the ones who cast him to play the lead role of Rocky Balboa.

Stallone released another chapter of the Rocky series in 2015. The spin-off film, Creed was a major success as well. The film was directed by Ryan Coogler and focused on Adonis Creed.

The movie stars Michael B. Jordan, who is the son of Rocky’s rival Apollo Creed. Stallone achieved success and acclaim and also received his third Oscar nomination for Best Support Actor. Creed 2, earned positive reviews and grabbed $35.3 million opening weekend. The Rambo movie was released on September 20, 2019, and grabbed a total of $91 million worldwide. 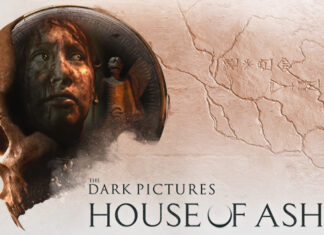 Ayesha - September 18, 2021
"House of Ashes," is the third entry in Supermassive Games' "Dark Pictures Anthology. The video game offers a distinct premise from its predecessors and...