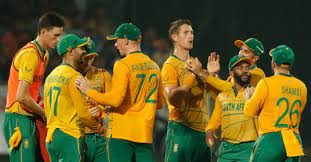 The latest buzz in the cricket world is that the South African cricket team has withdrawn from their ODI leg of the Australia tour. According to Cricket Australia the ODI series, which followed a three-match Test series, was scheduled from January 12 to 17 next year. The withdrawal of the South African team from the series has put their qualification for the World cup in doubt.

Contents show
1 CSA Requested To Shift The Dates Of The Matches
2 CSA Chief Executive Officer Reply To The Cricket Australia Board Statement
3 Relocated Matches In Australia
4 Why South African Cricket Board Made This Choice?
5 What Will Be At Stake If South Africa Miss The World Cup?
6 What Are The Thoughts Of The South African Players?

CSA Requested To Shift The Dates Of The Matches 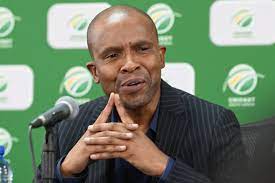 CSA requested to shift the dates of the ODI matches last month. The packed international calendar made it impossible to find a free slot. The South African team has announced to withdrawal from the series. The decision was made by the South African board. They agreed to concede the points from the three-match ODI series to Australia. The series was set to be a part of the ongoing ICC Super League and was the cut-off for May next year.

The decision is apparently going to harm South Africa’s chances of making a direct qualification into the 2023 50-over World Cup in India.

“It is disappointing that Cricket South Africa will be unable to contest the ODI series in January, Nick Hockley,” Cricket Australia’s CEO, shared in a statement.

“That said, we are delighted to be hosting South Africa for the three-Test series which includes the Boxing Day and New Year’s Tests, and with the comprehensive schedule of international cricket that will take place across Australia throughout the summer.”

“This will include the ICC Men’s T20 World Cup and a record six touring teams for the Men’s and Women’s international series as well as the twelfth season of the BBL and the eighth season of the WBBL. We can’t wait to see fans back at the cricket this summer.”

“CSA is always keen on honoring its bilateral commitments. While CSA is committed to honoring its fixtures in respect of the Future Tours Programme there will sometimes be unforeseen circumstances that would negate this resolve.

“In the case of the Australia tour, CSA reached out to its counterpart months ago to reschedule the tour to mutually aggregable dates. CSA offered four options to that effect. Unfortunately, and to our disappointment, none of these were acceptable to Cricket Australia.

“CSA has agreed that ICC award Australia the competition points. While we are saddened at losing the crucial points, we are confident that our in-form Proteas team will garner the requisite points through the remaining games to secure automatic qualification to the showpiece event in India next year.

“As difficult as this decision has been for CSA, the long-term sustainability of our new T20 League relies on having all our domestic players available for this exciting new addition to the CSA calendar.

After the South African team announced their decision of skipping the world Cup Cricket Australia shifted the venues. The venues for their home games against West Indies, England, and Pakistan have been changed.

Why South African Cricket Board Made This Choice?

The CSA has decided to opt-out of a three-match ODI series, due to the bilateral agreement made last March. The agreement includes the ODIs that form part of the World Cup Super League. South Africa lies in the automatic qualification zone. South Africa will be left with just eight matches and they will end up in the top eight.

Those matches were to be played against India (three, away), England (three, at home), and Netherlands (two, home). Even after eight wins South Africa would have been short of the points that they needed to go straight to the 2023 World Cup.

There is no guarantee that playing these matches in Australia could have improved the chances of South Africa or not. It would have indeed given the team a greater opportunity, to take the scenic route to the World Cup.

What Will Be At Stake If South Africa Miss The World Cup? 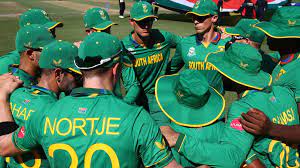 CSA could earn around USD 2 million during the participation fees and endorsements. The team would have faced longer-term consequences around sponsorship, that could have cost them more. For all the South African players it could have been a chance to win a major trophy.

Many players have plotted their career trajectories with World Cups in mind and they have a reason to keep going. It would not create a good impression if the hosts of the 2027 World Cup are to miss out on the World cup in 2023.  CSA CEO Pholetsi Moseki told ESPNcricinfo that it could turn out to be a disaster”, as there will be a lot of pressure on South Africa’s players to qualify.

What Are The Thoughts Of The South African Players?

A word from both CSA and insider sources has revealed that the players would have preferred to compete in the ODIs in Australia. All the players know the situation well and also know the concerns about their organization. The players have accepted their fate, and they believe in the inevitability of world cricket changing.