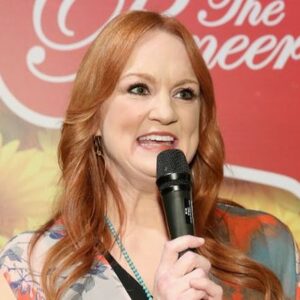 Ree Drummond is a blogger, author, food writer, and television personality. She has also appeared in TV shows as a celebrity chef.  She lives in Pawhuska, Oklahoma. She is a happily married woman and lives with her husband and four children.

Ann Marie “Ree” Smith was born on January 6, 1969, in Oklahoma. Her father William “Bill” Smith is an orthopedic surgeon. She has two brothers and a sister. She was brought up in the town of Bartlesville, Oklahoma. The town is famous for being an oil town and is situated 50 miles to the north of Tulsa. The place is not far from the border of Kansas. She graduated from Bartlesville High School in 1987. She attended the University of Southern California in Los Angeles and was a member of Pi Beta Phi sorority in college. She earned her degree in 1991 in gerontology. She moved back home and was planning to follow her boyfriend to Chicago to join a law school. She met Ladd Drummond in a bar and everything changed. 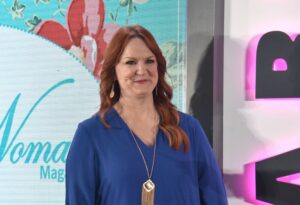 Ree became known to the public after she started blogging. Her blog is called The Pioneer Woman and had won multiple awards, that includes the top honors at the Weblog Awards. She has also opened a popular recipe site, “TastyKitchen.com.” Ree is also an author and has published multiple books. She has also written the bestselling book, The Pioneer Woman Cooks Food from My Frontier. Ree is also the author of many popular books that include:

Drummonds opened a restaurant retail store and it is located in the 100-year-old downtown Pawhuska building. Drummonds also launched a bed and breakfast that is called The Boarding House. The Drummonds was also the founder of the P-Town Pizza and an ice cream parlor called Charlie’s Sweet Shop which is located in downtown Pawhuska, Oklahoma. Ree has a website that suggests people places to visit in Pawhuska and also offers pair of cowboy boots, that will help the tourists to walk across the swinging wooden bridge and other places around the area.

Ree met her husband Ladd Drummond in a bar for the first time. The first met in the mid-1990s. Ree got married to Ladd, on September 21, 1996. She calls her husband “the Marlboro Man” while writing about him in her books and her blog. They went for their honeymoon in Australia. The family lives on a cattle ranch which is eight miles west of Pawhuska, Oklahoma. Ladd Drummond is a member of the Oklahoma cattle ranching family. Ladd Drummond was a cowboy when Ree met him. The couple has four children together. Their names are Alex, Paige, Bryce, and Todd.