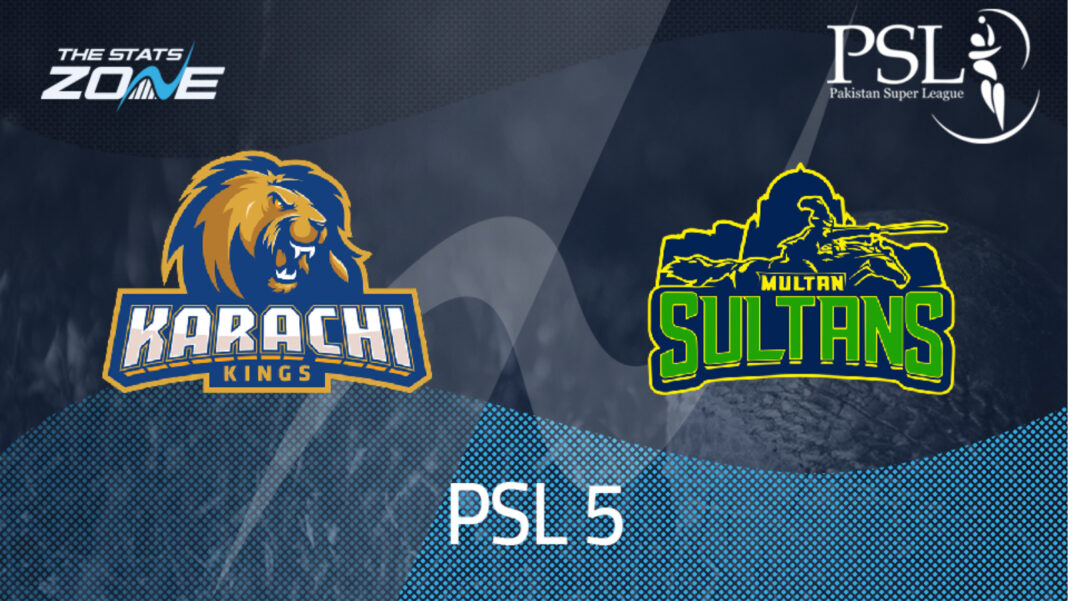 Karachi Kings and Multan Sultans will be competing against each other on 27th February Saturday. The match will be held at the National Stadium (Karachi) and it will be the ninth match of the PSL 2021.

Match 9 of PSL 2021 will be the third game of Karachi Kings and the fourth match played by the Multan Sultans in this PSL season. Both teams have won one match each and have earned 2 points on the board. 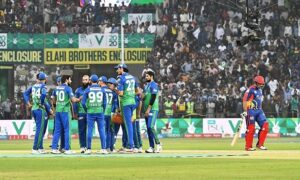 Their openers Sharjeel Khan and Babar Azam have been giving an amazing performance and are expected to perform well in tomorrows match as well. Sharjeel made a century (105) and Babar Azam scored a total of 62 runs. Their opening partnership was great as the openers scored 176 runs in total. The bowlers of the team, Arshad Iqbal got 4 wickets and Waqas Maqsood also performed well by taking 3 wickets to his name.

Multan Sultans suffered from two back-to-back defeats, and have won just 1 match in this season of PSL 2021. They won against Lahore Qalandars on Friday (26th February) afternoon.

Muhammad Rizwan who is leading the team scored 188 runs in three matches, and he has achieved 71, 41 and 76 scores in the tournament so far. The team has another in-form player. James Vince has been playing well and scored 84. Sohaib Maqsood also made a major part in making the team strong.

In their bowler’s line, Carlos Brathwaite and Shahnawaz Dhani got 4 wickets each in the matches they have played so far.

PSL 2021 is still in its initial phase and only a few matches have been played. It can be hard to predict the winner of the match as both the teams haven’t played many matches as yet. We are yet to see how the players will perform in the upcoming matches. Both the teams have wonderful performers and it will be ahead to head collision between the two teams.

Where can you stream PSL match 7?

GEO Super and PTV Sports is airing all the matches of PSL. You can stream the match live at 7pm. Catch the action live or watch the highlights of the match in the repeat broadcast.