NCTV: the chance of an attack in the Netherlands has fallen 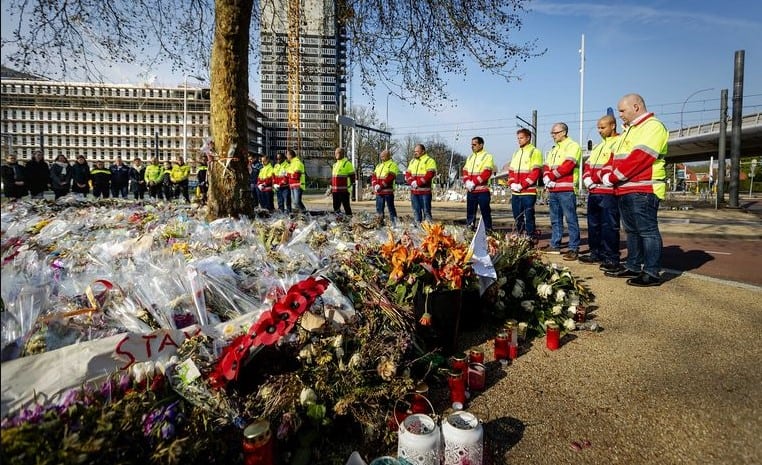 The chance of a terrorist attack in the Netherlands has fallen in recent months, says the National Coordinator for Counterterrorism and Security (NCVT).

The threat level is therefore adjusted downwards from level 4 to 3. The threat of a terrorist attack has been at level 4 since the summer of 2016.

The chance of an attack being committed in the Netherlands is still conceivable and the threat is considerable, so writes the NCTV in its new Terrorism Netherlands Threat Assessment that appeared Monday. ‘Sporadic jihadist attacks are still being carried out in the West, but the situation is incomparable with the period 2015-2017 when dozens of attacks were committed in Europe every year. That this change seems to be perpetuating is the reason to adjust the threat level. ” The major attacks in Paris, Brussels, Berlin, Barcelona and Nice took place during that period.

The threat in the Netherlands has been at level 4 since the summer of 2016: substantial. On March 18 of this year, the highest level 5 was in force in the Utrecht region for a few hours, immediately after the attack on a tram in that city. There was a fear that the perpetrator, who had not yet been found, might strike again. That didn’t happen in the end. Four people were killed in that attack.

Arrests for preparing an assessment

It is remarkable that the threat is being adjusted downwards right now. Last month, the police arrested two more men from Zoetermeer who are suspected of preparing a terrorist attack in the Netherlands. They were looking for knowledge to deal with explosives.

A group of 6 men from the Arnhem and Rotterdam region was also arrested last September: they wanted to bomb an event in the Netherlands with bomb jackets and Kalashnikovs. A jihadist, terrorist attack was committed in London a week and a half ago: a previously convicted jihadist stabbed people at a meeting near London Bridge with a knife.

‘There is a jihadist movement in the Netherlands that includes people who pose a terrorist threat. This was also apparent from the arrest of the two men from Zoetermeer. The jihadist movement does seem to be increasingly bothered by repressive government measures, “writes the NCTV.

In addition, there is still a threat from Dutch returnees from Syria. Dozens of women and men are still in Kurdish detention camps or prisons and want to return to the Netherlands. There are also Dutch jihadists present in Northwest Syria, which is still (partly) under the control of groups affiliated with Al-Qaeda.

The NCTV states that the greatest threat of an attack in the Netherlands comes from the jihadist side, but that a right-wing terrorist attack is also unthinkable. “Right-wing extremist groups are hardly organized, but it is possible that a loner radicalises and proceeds to a right-wing extremist-inspired act of violence.” The service points out the danger of ‘ copycat behavior’. “The attack on two mosques in Christchurch in March of this year again inspired others to attack, such as the one in El Paso in the US.”