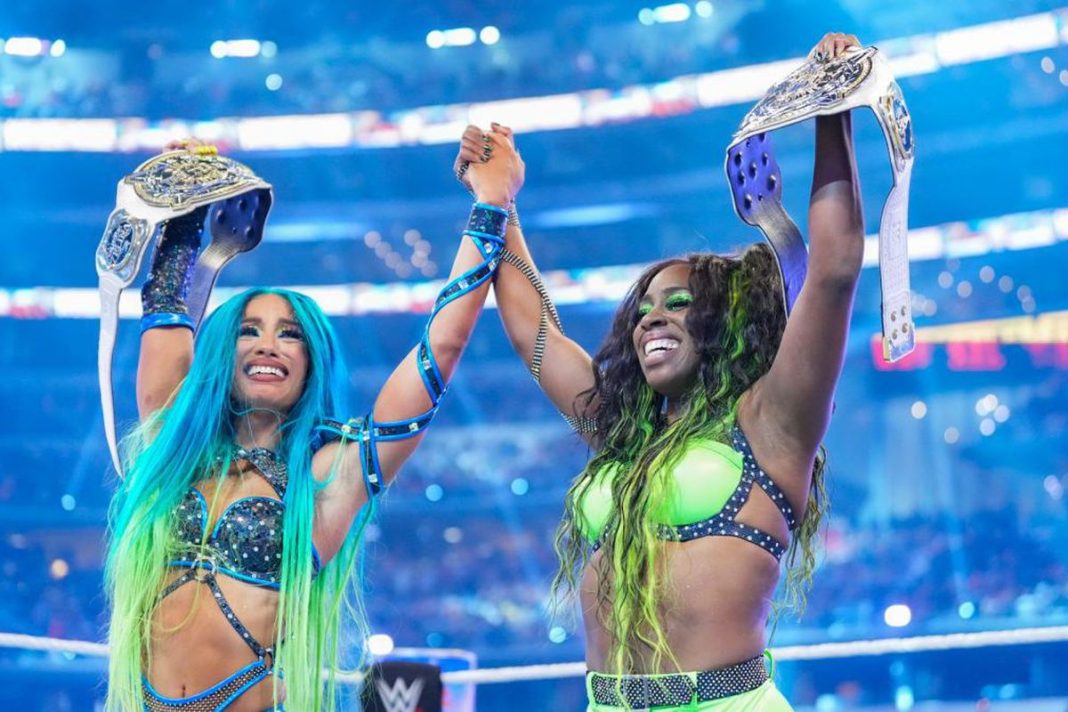 Sasha Banks was the first one to walk out of ‘WWE RAW’. Naomi has been silent over this issue for a long time now. However she also decided to part ways from the company. After months on remaining silent she finally speaks up something thoughtful. Naomi is now more open to talk about her perceived discontent with WWE.

Naomi Posts Some Interesting Comments On Her Social Media Naomi is coming out in open and is revealing her real thoughts regarding WWE. In one of her tweets she made a comment on being “taken advantage of.” One the next day things got less cryptic. However during her an interaction with the former WWW superstar some other important things were revealed. Here is what former WWE star Lince Dorado asked her: “Sooooooo…..Naomi, when we doing some lucha things?  “ASAP brother,” Naomi replies.

This exchange of conversation looked like two friends are joking around. However some people have taken another meaning from it. Many fans have concluded that this hints at the end of Naomi’s career with WWE. Additionally the recent posts also suggests that she removing all the references of WWE from her social media account as well.

Fans have discovered that she and Sasha are referring to themselves as very professional wrestlers. They are WWE superstars that believe in being mature and professional. Although Naomi is openly talking about this issue, but Sasha is yet to give her thoughts on it. Even though she is active on her social media platforms but choosing to remain silent for this time.

Read More: Vince McMahon Is All Set To Meet With Top WWE Star

Fans are wondering what’s next for Naomi All the wrestling fans are curious to know what’s next for Naomi. Nothing is revealed as of now but some reports claim that her deal will end with WWE shortly. Both the parties are working on a new deal. However it seems that both these superstars walked out and subsequent suspension without pay.

Former WWE writer Kazeem Famuyide has revealed that the contracts of these ladies were already expiring. According to the latest reports the details of Sasha and Naomi have been taken out from WWE’s internal roster. They seem to be hiding their rift between themselves and the company but it seems that it is coming to a head.

The pair walked out of WWE before Monday Night RAW. They both seem to be unhappy with the creative plans happening with in the company. These superstars believe that WWE doesn’t give them creative liberty inside the ring. WWE has released a statement on this matter that which is surprising many fans. Considering this is not something that they must do at this point.

There is a lot of strangeness going around SmackDown. During this show Micheal Cole announced that is the pair is no longer a part of WWE. Similarly both these stars are stripped of their Women’s Tag Team titles. The new tournament that is set to happen and crown new champions will happen soon. Wrestling fans are eagle eyed and they are noticing every detail on her social media account.

She is currently removing all her references of WWE. It gives them an idea how Naomi is no longer interested to remain a part of WWE. Some reports have suggested that WWE is not really in a mood to let her or Sasha go. However there is still no confirmation when they plan to bring back these ladies for a match. The situation is constantly changing and we cannot be sure what will happen next. If you are looking for more details and updates keep checking this space.