Top Wrestling Star Miro has signed up for a new contract with AEW. He is the former AEW TNT Champion and fans are in love with his performances. You will be delighted to know that he has signed up for a four-year contract with AEW. As this extension will go on for long, he will be a major part of AEW. His fans will be happy to know that Miro will stay with the company till 2026. He spilled the beans on his contract at the Kurt Angle Show. Similarly another top Star debuts on AEW Dynamite. There are interesting news coming for AEW. Let’s get to know more about it.

Miro Signs up with AEW officially 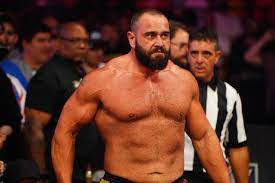 Miro has signed up for a major contract with AEW. According to this contract he will stay with the company till 2026.  He has been in talks with the AEW officials since some time now. However it was only recently when they actually signed the deal. If we talk about his original contract it will expire in spring this year. The good news is that he will stay with the company and entertain many wrestling fans.

His last performance has not been very impressive. Miro lost against Bryan Danielson at AEW Full Gear. This match took place on November 13th last year. Since then he is dealing with a hamstring injury. According to the latest buzz he has fully recovered and ready to be back with a bang. There is no concrete update on when he will be back, but we hope it happens soon. 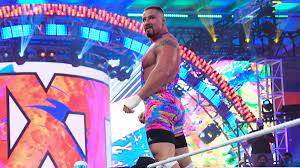 The latest update coming from WWE suggests that Bron Breakker will make a comeback at WWE. It is not clear how quick his transition will be, but he will be back to the main roster along with Gable Steveson. Bron is the former NXT Champion and he appeared at the Monday Night Raw for this week. Fortunately he picked up a tag team victory too. If this isn’t enough Bron is expected to involve with the main roster house during the weekend. While wrestling at the recent NXT Roadblock show he lost to NXT Championship to Dolph Ziggler. However it was Tommaso Ciampa who came up against them in the triple threat match.

Read More: Why Matt Jackson Thinks “Wrestling Has The Most Toxic Fan base In The World”

Bron Breakker may face Ziggler at a title match

Although nothing is confirmed as of now, but Bron is expected to face Ziggler in a new NXT match. If we talk about Gable Steveson, it isn’t clear if he will make a debut with WWE or not. He was featured in the draft last year and is a Gold medalist at the Olympics too. Since then he is missing from the ring. However he has been a part of many premium events. Bron praised WWE Hall of Famer Goldberg as he gave him a good advice. He got some good words of inspiration from him. Here is what he has to say:

“He gave me some wise words. Just some things but I’ve been around the business a long time and I’ve been brought up in it man. It’s put food on the table for my family so I’ve been around it. I had an idea of how the etiquette is and how to act backstage and how to handle your business’’.