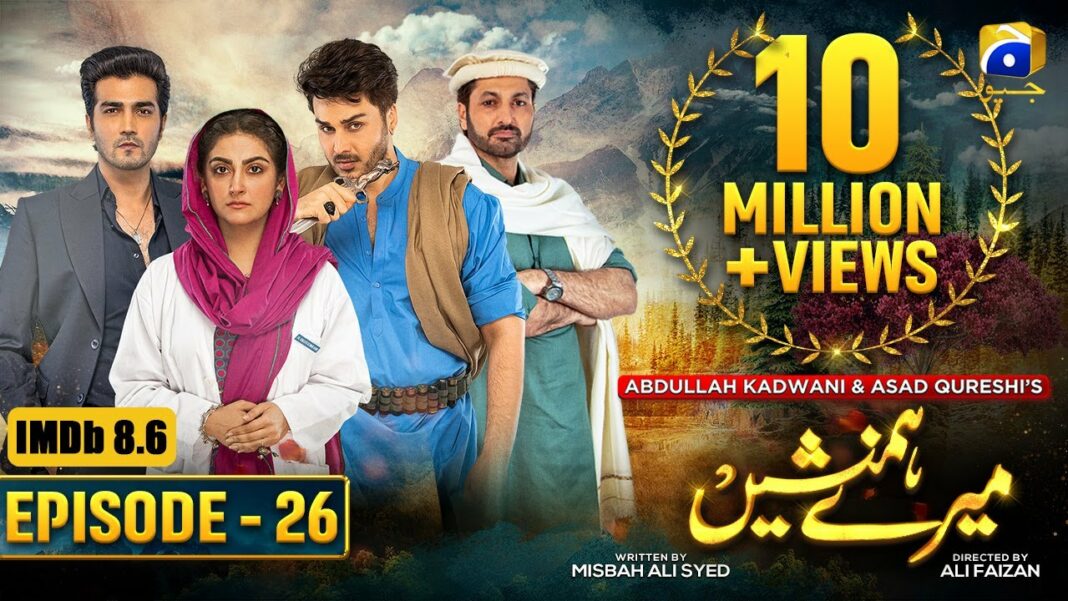 GEO TV offers a lot of entertainment to the viewers by giving diverse shows. They are currently airing a fantastic and interesting drama serial named Mere Hamnasheen. It offers many twists and turns in the story to keep the audiences hooked. Many other hit dramas are airing on GEO TV so the options are wide for all types of viewers. The list includes Badzaat, Inteqam, Dil Zaar Zaar, Chaudhry and Sons, and Nisa. You can watch all the teasers of Mere Hamnasheen that are frequently aired on the channel. Here are more details about the series: 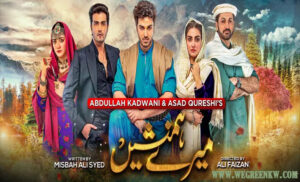 Mere Hamnasheen is an action packed, diverse and entertaining drama. It can fit in the taste of all types of audiences. The chemistry of the lead couple is amazing and they are getting good reviews from everywhere. In this series Hiba Bukhari who plays the character of Khajista Dilawar Khan wants to become a doctor. She wants to work for the betterment of people and help them as much as she can.

Ahsan Khan who is the lead of the series comes from a conservative Pathan family. He is playing the cousin named Dargzai Khan. This handsome young man is against the education of females. When they get in touch with each other the female lead is asked to leave her education.

Even all her books are destroyed when she takes a stand against him. Whenever she talks about education she is mistreated. If we talk about the plot and characters of this series they are amazing. The background of the drama series fits in with the concept very well. You can catch up with the beautiful setting and enjoy marvelous acting too. Many viewers are mesmerized with the setup of Mere Hamnasheen. Hiba Bukhari is playing the lead of the show while Ahsan Khan plays her love interest. The story revolves around the lead actress who wants to become a doctor. She stands firm against her cousin who is against female education.

This concept is new on television and many females can relate to it. The drama series is shot in some of the most beautiful locations of Pakistan. Both the cast and story of this series are excellent. We hope everyone will be enjoying the show to the fullest. If you have not watched it yet, you are missing out on a good show. You can watch all the promos and OST of the drama on GEO TV and YouTube.

Mere Hamnasheen is a popular TV series that boasts of talented cast and crew. Many famous faces are sharing screen space with each other. They are giving fabulous performances and entertaining all the viewers. The lead pair Hiba Bukhari and Ahsan Khan are getting praises for their good chemistry. However, the other cast members are also enticing everyone. Here is the cast list below.

What Are The Timings Of Mere Hamnasheen?

GEO TV has given a good prime time slot to Mere Hamnasheen. It airs at 8pm every Friday and Saturday. Misbah Ali Syed is the writer of the series while Ali Faizan is the director. If we talk about the production team it is 7th Sky Entertainment. Abdullah Kadwani and Asad Qureshi are the producers of this series. The drama series is getting a huge TRP of 6.3 which is an indication of the audience love. What are your thoughts on the show? Do let us know in the comments section below.