Mandy Moore Net Worth, Career, Personal Life, Early Life and All You Need To Know 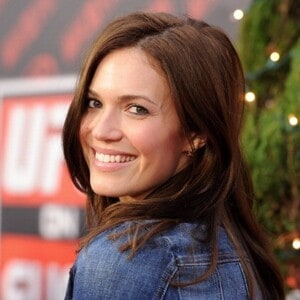 Mandy Moore is a singer, songwriter, and actress from America. She signed a deal with Epic Records in 1999 and released her debut single “Candy.” Moore appeared in her first film in 2001, with the comedy film Dr. Dolittle 2. She also starred on the hit NBC show This Is Us.

Amanda Leigh Moore was born in Nashua, New Hampshire on April 10, 1984. Her mom was a reporter and worked with Orlando Sentinel. Her father Donald is a pilot and works with American Airlines. Mandy has three siblings. She has an older brother and a younger brother named Kyle.

Mandy moved to a suburb of Orlando in Seminole County, Florida during her childhood. She was into singing and acting and requested her parents to get her some voice and acting lessons. When she was working in the studio she was noticed by a FedEx delivery man who knew someone in A&R at Epic Records. That FedEx delivery man introduced Mandy Moore to his friend and sent him her unfinished demo. This is how Mandy signed with the label. 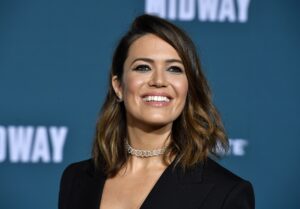 Mandy began her career with Epic and released her debut album. She dropped out of high school and focused on her music album. When she was 15-years-old, she performed with NSYNC and the Backstreet Boys, who were considered to be the biggest names in pop at that time. She released her debut song in 1999. “Candy” was a successful single and she was compared to the hottest pop divas Christina Aguilera, Britney Spears, and Jessica Simpson.  Moore’s debut studio album, So Real, peaked at 31 on the Billboard charts.

Moore’s second studio album, I Wanna Be with You, was a commercial success, and reached at No. 21 on the U.S. Billboard 200 chart. Moore won the Kids’ Choice Awards in 2000. Moore made her acting debut in 2001 and voiced the character of a Girl Bear Cub in the comedy Dr. Dolittle 2. She was also a part of The Princess Diaries. She starred along with Shane West in the romantic drama A Walk to Remember.

Moore starred in the romantic comedy Chasing Liberty. She was also a part of the HBO comedy-drama Entourage.  Moore released her fifth studio album Wild Hope which entered into the U.S. Billboard 200 at No. 30.

Moore released her seventh studio album which released in March 2020. Moore was supposed to head on to North America for performing on March 20, 2020, before it got delayed due to the COVID-19 pandemic.

Mandy Moore was dating Zach Braff from 2004 to 2006. She dated musician Ryan Adams and the couple got engaged in February 2009. They married on March 10, 2009, in Savannah, Georgia. Mandy divorced Adams after a few years of togetherness. Mandy Moore called adam emotionally abusive.

She revealed details behind her breakup with Adams on an episode of the WTF and stated: “I felt like I was drowning. It was so untenable and unsustainable and it was so lonely. I was so sad. I was lonely with him.”

Moore met Dawes frontman, Taylor Goldsmith and they got engaged in September 2017. They got married in Los Angeles. Moore is also a philanthropist and has been working for the wellness of people in Africa. She is also the ambassador for the UN Foundation’s Nothing But Nets malaria prevention campaign.

Mandy Moore has a net worth of $14 million. Mandy has a successful acting and singing career and that helped her earn so much money. For This Is Us, Mandy earned $250,000 per episode.