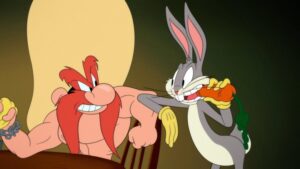 The fans can expect to witness a lot of fun and entertainment with this season of Looney Tunes Cartoons. This time around, Bugs will be hopping to the basketball court. We will witness the ultimate game of streetball. Porky will be seen spending lazy and relaxing afternoons with his nephew Cicero. Their evenings will be filled with soothing music. The duo will be staying in a place with chainsaws, fire, and broken windows.

Daffy will lend his wing to Porky and will give emotional support to the duck (Awww!). The season will have a total of 10-episodes. The show will be worth laughs. The cartoon series stars the fan-favorite canines Charlie Dog and Russian Dog. We can also expect to see a line-up of familiar faces. The characters who will be returning to the show will include Tweety, Sylvester, Elmer, Wile E. Coyote, Road Runner, Marvin the Martian, and tons more.

Is there a trailer for Looney Tunes Cartoons season 2? 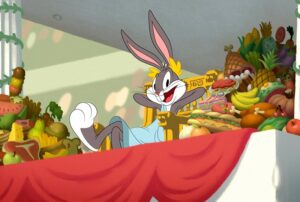 What can you expect from the Looney Tunes Season 2?

Read more: The Walking Dead: World Beyond: Release Date, Cast, Plot And Everything We Know So Far

HBO Max’s Looney Tunes Cartoons is produced by Pete Browngardt who has produced the popular Uncle Grandpa, Secret Mountain Fort Awesome. Sam Register who is the President of Warner Bros. Animation will be joining the production team along with Cartoon Network Studios. The voice cast of Looney Tunes cartoons include: