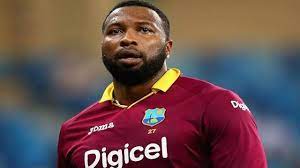 We have some sad news for all the cricket lovers. The legend West Indies player Kieron Pollard has announced that he will be retiring from international cricket. The 34-year-old Pollard made their ODI debut back in 2007. He played his last series against India. The country has become his second home because he has been associated with the Mumbai Indians for a long time.

West Indies white-ball captain Kieron Pollard made an announcement about his retirement from international cricket. The shocking announcement was heartbreaking for his millions of fans around the world. However, Kieron will continue to freelance in private T20 and T10 leagues across the globe. 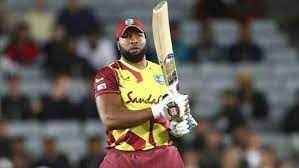 Pollard had a remarkable career in International cricket. He made his debut in 2007 and achieved many milestones in his career. Pollard’s international career is an inspiration for new cricketers. Pollard shared his retirement news on Instagram with his fans:

“Hi all, after careful deliberation, I have decided to retire from international cricket. It was a dream of mine to play for West Indies since I was a 10-year-old boy and I am proud to represent the West Indies for over 15 years in T20 and ODI format of the game,” Pollard wrote on his official Instagram page.

Pollard Career As A Cricketer 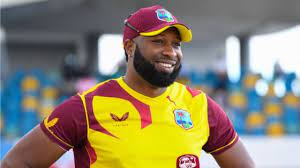 Pollard is a feared T20 cricketer. He is one of the finest players that the world has seen. However, his numbers for the West Indies remain underwhelming. He only made 2706 runs at just above 26 and 55 wickets in 123 ODIs. The cricketer made 1569 runs from 101 T20Is at an average rate of 25. He also took 44 wickets.

He is one of the biggest six hitters. There is not a bowler in world cricket that didn’t fear bowling to Pollard. Pollard effortlessly dug out for straight sixes. He did have his problems against slower bowlers but he did his homework and improved a lot in this field.

The highlight of his international career would be hitting six sixes of Akila Dananjaya in a T20I. He was the third player to do so along with Herschelle Gibbs and Yuvraj Singh. He was a part of the 2012 ICC T20 World Cup-winning West Indies squad. He did not play ant test cricket in his career. Pollard was not a star player for the Windies as he has been for Mumbai Indians.

Pollard hit 99 sixes in 101 T20Is, which is less than a six per game in the later years of his career. His bowling prowess dipped considerably because he considered himself a late-order hitter. He will be retiring on his 35th birthday. Pollard knows that he will have to maximize his earnings by playing leagues around the world post COVID world. It would be difficult for a family man to earn a living these days.