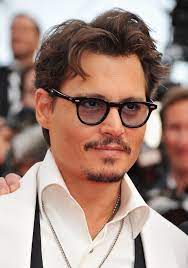 Johnny was born in Owensboro, Kentucky. His parents are Betty Sue Palmer and John Christopher Depp in. He has got one brother and two sisters. One of them Christie is now working as his personal manager. When he was young his family moved to a lot of places. However they eventually settled down in Florida.

He started to learn guitar at the age of 12 and played in many garage bands. If this isn’t enough he dropped out of his school and wanted to play in a band named the kids.  He later moved to Los Angeles and changed his name to Six Gun method. As he had a lot of interest in movies and series he left out school after sometime. 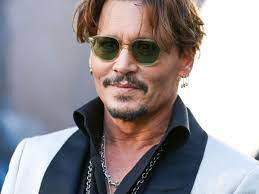 During the 1980’s Johnny Depp’ wife Lori Anne Allison to Nicolas Cage. He encouraged him to pursue an acting career which later flourished into something bigger. Due to his talent and hard work his got his first lead role in TV series named 21 Jump Street. He took this role as this meant that he will be working with Frederic Forrest. His friend Sal Jenco was also a part of this series.

The first appearance in the feature film turned out to be even bigger in 1984. However when he appeared in A Nightmare on Elm Street his popularity increased even further. Another important movie in his career happens to be Oliver Stone’s Platoon. The movie has a special cast that includes Charlie Sheen and Willem Dafoe.

Personal life of Johnny is very interesting. He has been with a lot of women in his life. If this isn’t enough he has been into many controversies till date. Johnny was married to Lori Anne Allison for few years in 1980s.

When they got divorced he was engaged to Sherilyn Fenn for some time. However they didn’t get married at all. His dating history is quite big as he has dated Winona Ryder and Kate Moss. Johnny met his long term partner Vanessa Paradis. They have worked together in the film ‘The Ninth Gate’. The couple has two children named Lily Rose Melody Depp and John Jack Christopher Depp III.

This relationship couldn’t last for long as they parted ways in 2012. After all this time he started dating Amber Heard. They got engaged in 2013. Things didn’t go well with her too as they got into an ugly controversy.