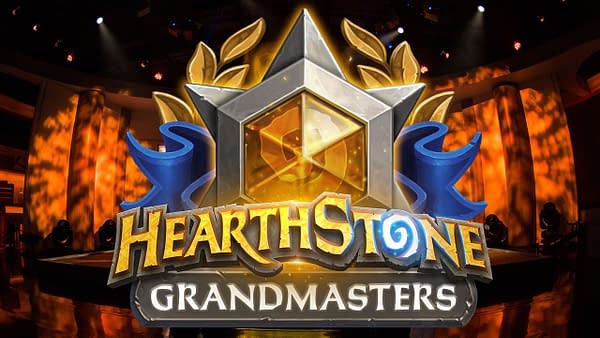 Blizzard made an official announcement about the renewal of the Hearthstone Grandmasters 2021 Season 2. The company revealed its plans for the initial kick-off of the World Championship. Season 2 will begin on Thursday, August 12th. In this new season, 48 players will be up against each other and will have a face-off. The fresh Alliance-based Meta cards will be revealed and the Week 1 tournament, will be broadcast from August 13th-15th on YouTube. Here are the details about how this season will play out below.

Things will be consistent for Hearthstone Grandmasters 2021 Season 2. In this new season, the primary focus will be on improving weekly formats. In 2019, the Specialist was introduced as a replacement for Conquest. This will still require the players to have a high-level strategy. The Specialist format will be active in the all-encompassing mode that the fans were hoping for.

The specialist will be able to succeed to a high level if they get individual matches that last for several hours. The fans of the game will be able to revisit Specialist in the future, but it will be removed from the next season of Grandmasters. In its place, there will be an alternative between Conquest and Last Hero. The format will be the same as the previous season. The players and viewers are familiar with the format but will have to face a high-level competition. 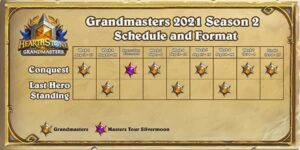 In the conclusion of Season 1, we had to sadly, say farewell to the bottom four players that were a part of each region. The top four Masters tour points earners that are from America, Asia-Pacific, and Europe –are now a part of the Grandmasters! The 12 new players will be competing in the seven weekly tournaments. They will be ready to give their best shot and will be competing in the Season 2 Finals. The winner of each region will be able to become a part of the 2021 World Championship.

The Season 2 champions will be allowed to advance to the 2021 World Championship. They will be facing the top two Chinese players that belong to the China Gold Series. The Season 1 regional champions include Nalguidan, Poses, and Frenetic. The players will be able to hold onto their invites and will pass them down to the runners-up of the Season. The pressure will be higher than ever and the players will have to up their game in this new season. The players will be able to master the all-new United in Stormwind expansion. They can earn their place in the 2021 World Championship!