Galaxy S20 5G: Everything to know about 5G on Samsung’s latest phones

Samsung Galaxy S20 range has already been launched in the stores since March 6th and with that, the big launch of 5G has been the talk of the town. The last year S10 was hugely focused on 4G technology Samsung S20 will be the first Samsung Galaxy phones that have incorporated 5G and the smartphone range is all set to hit the 5G networks all over the USA. 5G has been launched since 2019 and every network has been focusing on getting their phones compatible with the 5G network.

Phones become a lot more capable and perform way better than a usual phone when they are compatible with 5G technology. The good news is that the range of S20 will support 5G networks in the United States on the 4 major carriers of the country. If you are planning to buy a phone from the S20 family here is everything that you need to know. Which plans will work for 5G and what carriers will be offering their services for the S20 family. Here is the complete information.

Samsung Galaxy is going to launch three phones in the S20 family and they are S20, S20 Plus and S20 Ultra. Samsung phones have a lot of common features but one major highlight of the S20 is that it is compatible with 5G technology. Verizon is planning to launch 5G services soon and as soon as the 5G gets launched it should be compatible with S20. Samsung S20 will support 5G without any limitations that the first 5G compatible phones of Samsung had. The 5G facility is expected to be available until the second quarter of this year.

AT&T will provide 5G to all S20 Galaxy 3 phones. The S20 will be able to work on the low band network of 5G. AT&T calls this network range as simply 5G. The S20 Plus and S20 ultra will work on 5G plus network and the company has made the carrier available in 35 countries.

Verizon is offering the Ultra wideband currently and will be offering the same 5G for all the S20 family. It isn’t confirmed when Verizon will open up its low band 5G but whenever it opens up the users of the S20 family would be able to use it. The low band 5G is expected to be introduced in the second quarter of the year. Verizon offers an unlimited plan that starts with $10. The plan is available for a month and you have to renew the subscription by paying the monthly fee again.

T-Mobile has recently merged with Sprint and its 5G strategy comes out to be trickier than before. T-Mobile offers 5G nationwide and it will have all the S20 family avail the services of 5G. You don’t have to subscribe to any special kinds of plan if you want to use T-Mobile 5G.

Just like its merger partner T-Mobile the company is likely to carry all three phones of the Samsung Galaxy S20 family. Sprint S20 phones would allow to enjoy the 5G coverage and also help you to enjoy fast speed mobile service. The roll out of the network has been stalled to just nine cities. The network launched in last summer and hasn’t been able to grab any eyeballs. The sprint network has been turned on For Miami as well even though it is not mentioned on the official website. If you are interested in the Sprint carrier you need to subscribe the unlimited Premium or unlimited plans. 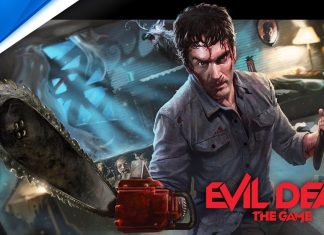 Ayesha - January 28, 2022
Evil Dead: The Game will be launching soon. The wait for the fans of the game is over as the video game will be...