Rising star games and Toybox have officially announced that deadly premonition 2 is on it’s to release very soon. Fans can’t hold their excitement as they have been waiting for this day for a long time. The sequel will be bringing out a new and exciting story but will have a connection with the first part too. Want to know more about your favorite game? Read on below to get more news about it.

Deadly Premonition 2: Sequel and Prequel in one

According to the makers, we will see a blend of sequel and prequel of the game in this new installment. The story will revolve around Agent Davis and Jones where they will be getting new cases to investigate. The place Le Carre has become deadly as there are many murders happening in that area. Now it’s the duty of both Davis and Jones to look for the actual murderer and solve out these cases. Both the players will be meeting an FBI agent and the twist is that according to his memories they will move back the time and visit Le Carre.

They will start investigating all the details and become special agent York. The interesting this is that the players will move around in the area on foot and sometimes they use skateboards. They will have to solve the murder investigations. We also get an option to play a lot of mini-games in between this journey. The interesting and entertaining mini-games are bowling, skateboard, and its challenges and much more.

Is there a trailer of Deadly Premonition 2?

The latest trailer of Deadly Premonition 2 which has come out a few days ago is a visual treat for fans. The atmosphere we are seeing is a mystery and thrill is surrounding the story. We see the credits and names of the makers in the first scene of the trailer. There are scenes which blend the first and second part together but the cinematography and visuals are much more alluring this time. After looking at the exciting trailer people are expecting that they will be able to play it on different consoles.

When is Deadly Premonition 2 releasing?

Deadly Premonition will be releasing for Nintendo Switch on July 10th, 2020. You won’t have to wait much as the release date is just a few months away. There will be many other platforms where the game is expected to release. People are hoping that this time there are many consoles available for people. Matthew Bird who has created graphics for the game has told us that there are many twists and mystery involved. Players are going to enjoy more power-packed features as well. The game was first released in 2010 and if you haven’t tried it yet don’t forget to do it now. 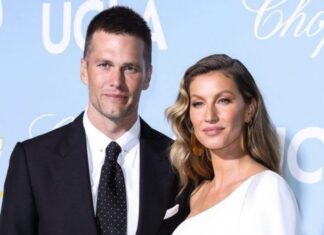