Da 5 bloods is a perfect thriller and you can watch it for an entertaining fun ride. The film is produced by Spike Lee and has come out on Netflix. The jungle thriller has a powerful history lesson and preaches to people in the best possible way. There is no doubt that Spike Lee is one of the most prominent moviemakers in America. He has always made those movies that have been loved by the audiences and critics both that’s how he has a diverse career. He always takes inspiration from real life and inspires people too. Now we will review Da 5 bloods so let’s get started.

What are Da 5 bloods all about- A detailed review? 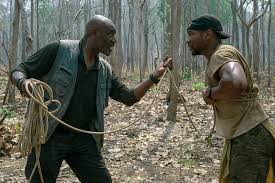 Da 5 bloods is an action-adventure that features the thriller story of a jungle. It revolves around is about four vets from America and they have a big force too. They have a big mission to handle in Vietnam and move there so they can find gold fortune. There is a squad leader who has hidden the fortune there and while looking for his remains they have to find the gold too. The best thing about the story is the twists and the direction of the film. You will be delighted to see the performance of all cast members and appreciate it when they make a move.

The four old veterans of the war will move around to find the remains of their leader is heart touching. The plot is simple yet it is portrayed with conviction as the screenplay is good too. There are a lot of flashbacks that you will get to see in the film especially when the team is in Nam. All the scenes that feature the old friends bonding over little things is also a must-watch.

How is the direction of Da 5 bloods? 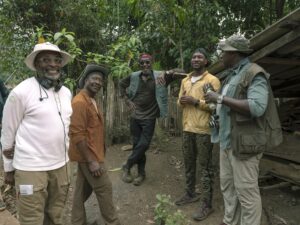 The direction of Da 5 bloods is great and he lays a lot of importance to confront some dark secrets. The four friends have spent quality time in Vietnam and according to the director, it is a political film that is addressing a lot of delicate matters. There are a lot of conflicts going on among different communities, especially with blacks. Recently black lives matter movement was going on and the film covers that issue too. There are a lot of subplots in the movie and you will be impressed with how the story moves.

Who is in the cast of Da 5 bloods?

The cast of Da 5 bloods is impressive and they all have given good performances. The film is big in every sense and the cast has done full justice to it. Some people may complain that some scenes drag or take too long, to sum up. Even the best of films can have these problems so it doesn’t mean you should skip this one. The movie was released on June 12th, 2020, and has done a good box office business too. Here are the names of all the cast members below: