The CW network’s chairman and CEO Mark Pedowitz have revealed something interesting for the fans. They have confirmed that the network plans to “stay in the superhero business. Even though they are axing Legends of Tomorrow, Batwoman, and Naomi it doesn’t mean they are leaving superhero genre. During a press call this week the CW and CEO are first to report about their strategy for superhero shows. Here is more to this story: 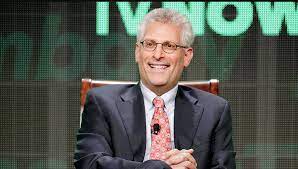 The chairman and CEO of CW Mark Pedowitz reveals that they will continue to make superhero shows. Due to the cancellation of Batwoman and Legends of Tomorrow people are speculating the opposite. Now putting all the rumors to rest, he has come up with a definite plan. Here is what he has to say:

“For the CW DC universe, we have Gotham Knights, so we are staying in the superhero business. “We are staying with Greg Berlanti who has masterminded creatively the CW DC Universe.”

Currently, four DC series are moving forward at CW. If you are fond of watching superhero series there is a lot coming up. The flash will return with a Season 9 during 2022-23. Superman & Lois will come back with a season three while Star girl will head for a new season too.

The network picked up pilots for Gotham Knights in May. Along with some non-superhero shows in prequel series for Supernatural and Walker. Even though CW is thinning the superhero content, it doesn’t mean they are lacking interest in them.

Mark Pedowitz Talks about ‘The Flash’ 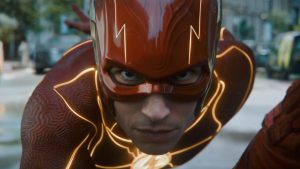 During his recent interview Mark talked about the anticipated series ‘The Flash’. It is heading towards a season 9 that is a big achievement in itself. Here is what he says about it: “We have not [made] any determination whether this may be the final season.”

In the near future they plan to hold a meeting with the executive producers Berlanti and Eric Wallace. They will discuss the future of the show and let’s see where it goes. With all the interesting and new shows coming up on CW, we can expect a lot of good things to happen.

The popular network wants to try out every genre with a bit of twist. Warner Bros and Viacom are selling their network to Nexstar. As a result CW is transitioning itself for something bigger. They want to continue making bolder creative risks. It will give the audience a good experience as they can watching something different and interesting than before.  Keep checking this space for more updates!