Cursed To Golf Will Be Releasing On Xbox Consoles 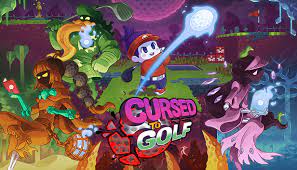 Thunderful Publishing and Chuhai Labs have announced that Cursed to Golf will be released for Xbox consoles. The video game was originally slated for release on PC and Nintendo Switch. The video game made an appearance during Xbox’s [email protected] Showcase. The developers showed off the game on the XSX. Here are all the latest updates about Cursed To Golf.

The release date of Cursed To Golf for Xbox has not been revealed as yet. The makers have not yet confirmed the release date. According to the latest news, the video game will be released sometime in 2022. 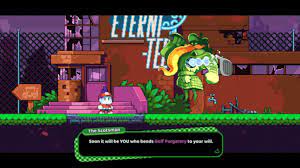 The players in Cursed to Golf will play as The Cursed Golfer. They will be trapped in Golf Purgatory. After a freak accident occurs the players will be taken to the winning shot of an international tournament!

The legend says that the players will be playing through the devious courses all across Golf Purgatory. It will take you back to the land of the living. The players will also be introduced to the trophy that they are about to win. Each course is ruled by the Legendary Caddie. They will tutor you in different ways. Caddie will take on the quest for redemption and revival.

Cursed To Golf is a fresh take on golfing and all the roguelike subgenres. The players will make their way through a hole that is inside the PAR Count. It will take the players back to the beginning of the course! The game will be full of challenges and adding to the challenge will be the courses that have rough spots. The video game will be chock full of mad obstacles. The high-powered fans, spikes, TNT boxes, teleporters will be all in the course. 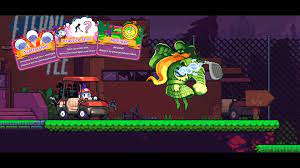