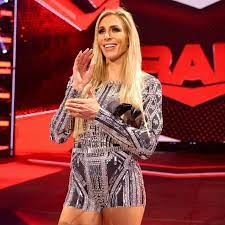 Charlotte Flair has beaten Rhea Ripley at WWE Money in the Bank this Sunday. It is a big win as she goes on to win the Raw Women’s Championship. Fans have been impressed with the performance of Charlotte as gets a convincing win. Her opponent seems to be stunned as she has been the previous titleholder. When Charlotte entered inside the ring Rhea couldn’t really come into action.

Contents show
1 What did Andrade have to say about Charlotte’s performance?
2 Charlotte gains a big victory

She easily wedged the left leg between the posts. Before kicking multiple steps Charlotte already had her eyes on the win. Ripley decides to visibly favor the leg but that couldn’t really happen. They both applied for the leg lock but Charlotte tried hard to win this shot. It seems the opponent didn’t really get the chance to move forward. Here are more details about the match:

What did Andrade have to say about Charlotte’s performance? 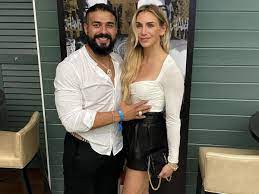 It seems that the AEW star Andrade El Idolo is impressed with the performance of her fiancée Charlotte. He took his Twitter to compliment her performance that also featured a picture of these love birds. As his fiancée Charlotte has won the RAW Women’s title he couldn’t stop congratulating. The last night’s WWE Money in the Bank pay-per-view was an interesting event for everyone. Charlotte has defeated Rhea Ripley to become the new champion of the series. Here is what Andrade post looks like: 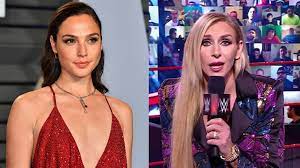 Charlotte has been giving a wonderful performance but with this victory, she has gained big. She happens to be a five-time raw women’s champion. It is incredible that she has also become a 14-time women’s titleholder. Overall her tenure in WWE has become very beneficial. The event on Sunday feels like a rematch from Hell in a Cell where these two women were clashing.

However, that was just a semi-main event to increase the heartbeat of watchers. As charlotte has been pushing the titleholder win could ultimately become hers. The win didn’t seem an easy one as she was putting her reign in jeopardy. The Nightmare did take a shortcut when she started hitting her rival with a table. It did disqualify her in the first round but she came back a clear win.

Ripley felt insulted and this injury has broken her heart even more. She tried to come back for a bigger attack even after the match was called off. They both brawled back into the ring until the final result could come out. Some fans believe that Ripley should have been given a chance to fight back.

During the next night on Raw, the WWE officials had a lot to discuss. Adam Pearce and Sonya Deville believe that fans are right that Ripley should have been given a chance. As a result, she is given a chance for a rematch at the Money in the Bank pay-per-view.