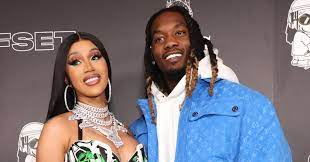 Cardi B and Offset shared the wild side of how their marriage is running smoothly. Before welcoming their two children together, the couple got married as a dare. According to Cardi that when Offset first suggested the idea of having kids together, she made a joke that only marriage could be the only way she would let it happen. This is what Cardi B revealed:

When did Cardi B and Offset Get Married? 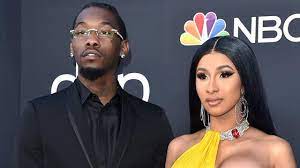 Cardi B and Offset got married on September 20, 2017, in offset’s Atlanta home. They tied the knot in a private ceremony along with their close friends and family. Seven months after getting married Cardio announced that she is expecting their first baby. During her appearance on Saturday Night Live, she disclosed about her being pregnant.

The announcement started a new chapter in her life. Cardi was concerned that how would she maintain the momentum of her career before the arrival of the baby. She had had Offset who was always there to support her through the challenge. Cardi shared with a media portal:

“He kept telling me, ‘Trust me. It’s going to be alright. You’re huge. Everybody loves you. People are going to understand.'” Cardi shared. “And I just kept telling myself, I have to put out my album before I get big and I can’t do these music videos. I can’t let everybody in the industry that believes in me down.”

How many Kids do Cardi B and Offset have?

Cardi B and Offset have a baby girl together. Her name is Kulture Kiari Cephus, and she was born in July 2018. She described her daughter “a breath of fresh air” in her life. Offset is also a father to Jordan Cephus, 12, Kalea Marie Cephus, 7, and Kody Cephus, 7 who are his kids from previous relationships.

Offset also welcomed his son Wave Set Cephus with Cardi in September 2021. Offset became a dad at the age of 17. The rapper shared that he was initially “scared” of fatherhood, but he became more confident in his parenting skills as his family expanded.

“It’s a blessing to be able to have them all together, and to have a wife who’s open and treats them as if they’re her kids,” Offset said of his older children. “It could be an issue, but I don’t have to go through that, and that’s beautiful.

Cardi B and Offset Breakup rumours 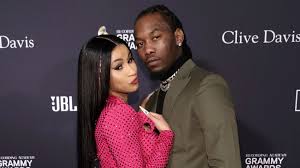 Marriage wasn’t always easy for the couple. Throughout their marital years, Cardi and Offset have broken up twice. The pair rekindled their romance after their split.

The couple is now focusing on their careers. Offset is preparing for his second solo studio album and Cardi is in the middle of filming her Meta series, Cardi Tries. The couple has kept the details about their newborn under the wraps as well.