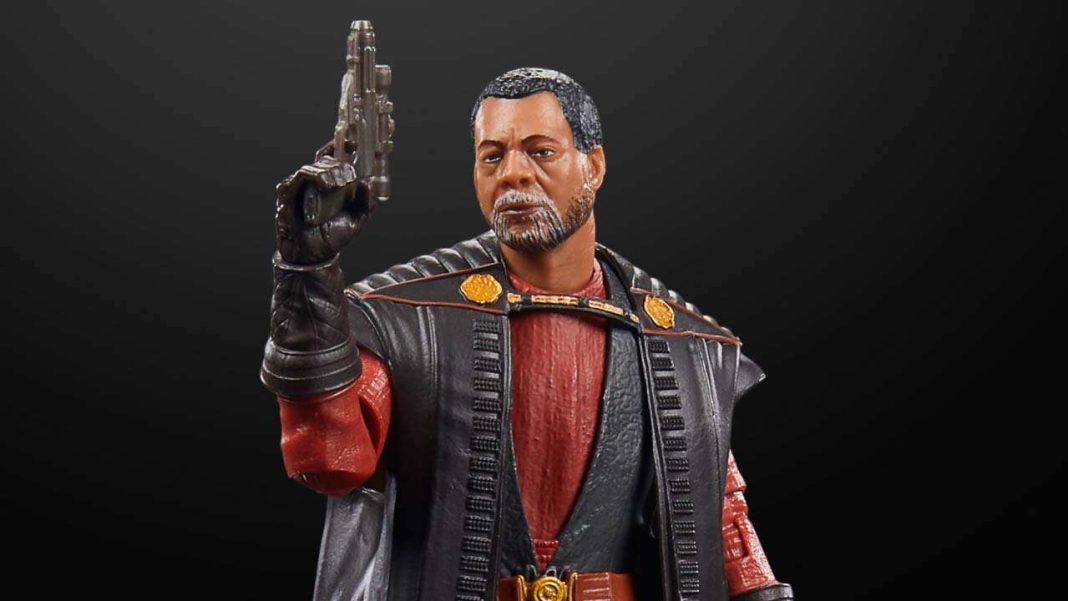 Star Wars Celebration has become more than a big event. It reveals the release of many big upcoming movies and TV shows. However it seems like a salute to all the things that are in the far galaxy. During the Hasbro panel many cool Star War toys came out to entice everyone. In the mean time we will have a closer look at the Black Series Magistrate Greef Karga and the Vintage Collection Dark Trooper. If you are interested to know what’s coming up on Disney+. Here are some details below:

The Black series Greef Karga will arrive in the spring of 2023. All the viewers will be happy to know that ‘The Mandalorian will appear in the Disney+ series. This character is played by Carl Weathers and everyone is in love with his portrayal. For now the 6-inch scale figure will retail for around $25. You can check out the images on the packaging that looks eye catchy and appealing at the same time.

The Karga figure comes packed with a blaster. It is fully posable and features multiple points of articulation as well. However some may feel that it is way off from coming out. You can catch up with it as it will be available for preorder on Hasbro Pulse. Audiences won’t have to wait any more as the preorders start on June 1stat 10 AM PT /1 PM ET. Another exciting news for the fans is that Hasbro revealed a dark trooper from the vintage collection. It completes with the Kenner logo right on the packaging itself. Kenner is the company who has originally produced Star War toys. This is why they are popular since 70’s and 80’s.  You all can find it in the 3.75-inches scale and the cost will be $28. If you want, check out the images of the collectibles and the packaging on their official website.

The Dark Trooper is inspired by the character from The Mandalorian. It is very much like Greef Karga that also gets its inspiration from other characters. Additionally with a figure it comes packed with a blaster and an alternate pair of hands.

The blaster effects will attach right to its feet. You also get the option to store the Dark trooper inside the locker. Good news is that the Dark Trooper will be available for preorder on Hasbro Pulse starting June 1st, 2022.

Are you interested to catch up with more from Star Wars Celebration? Check out the teaser for Andor, Willow and Indiana Jones along with the release date. Even the first look image is available and more information for the Mandalorian season three. If you are waiting for the announcement of a new Star Wars show it will happen very soon. The show stars everyone’s beloved Jude Law.