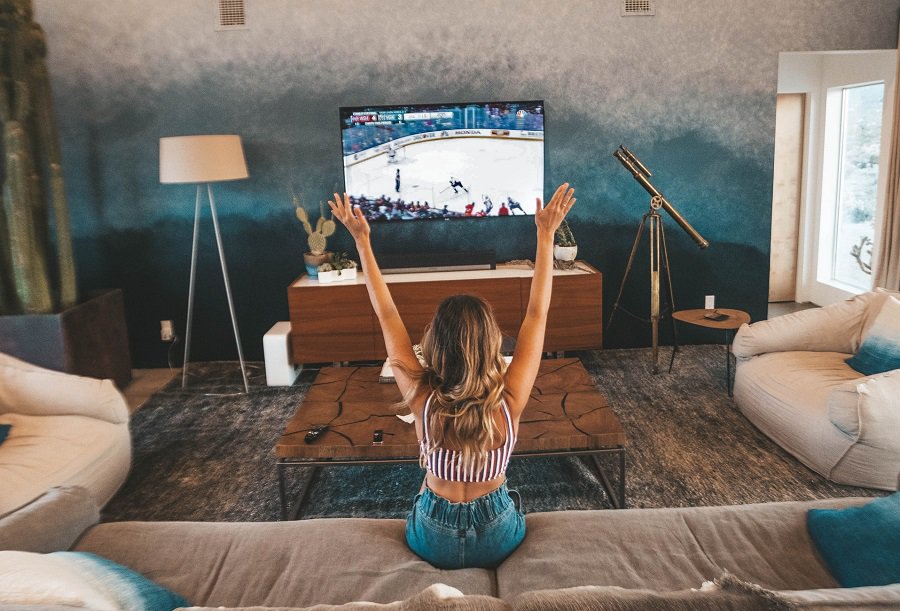 The success of the irreverent comedy Ted Lasso makes it the latest sports-related television program to find an audience with the viewing public. Now, chances are you would have got yourself some pretty fair odds at any Las Vegas sports betting site on the chances of a fish out of water storyline about an American football coach heading across the pond to take charge of a soccer club in the English Premier League being a smash hit.

Then again, Ted Lasso is far from the first sports-related TV show to make it big. Over the years, the ratings are filled with memories of television execs opting to build a program around a sport. Let’s look at some of the best sports-related shows in television history.

From its shocking beginning, as in the midst of a game, MLB broadcaster Jim Brockmire reveals to all on air how he walked in on his wife and his neighbor doing the nasty, to his hitting rock bottom in spectacular fashion, Brockmire is a show that shocks you and at the same time, dares you to look away in the fear that you might miss something incredible. Hank Azaria as Brockmire is a character you will at times revile, while also wishing that you could be more like him. The cameos of real play by play types such as Joe Buck and Bob Costas offering parodies of themselves is the cherry on top.

Though it aired for just three seasons, The White Shadow was a groundbreaking television program as the first ensemble drama that featured a mainly African-American cast. Ken Howard starred as a former NBA player coaching an inner-city Los Angeles high school basketball team. Previously taboo topics such as alcoholism and sexually transmitted diseases were covered by the script writers.

Hayden Fox just wanted to lead Minnesota State to college football victories, but his goofball assistant coaches, love life and daughter always seem to get in the way, leaving him in a persistent state and angst. Living life with one foot in the football world and one in the real world constantly pulled him in opposite directions. And never forget that his portrayal of assistant coach Bill [Dauber] Daubinsky was actor Bill Fagerbakke’s finest work until he made the character Patrick Star his own on Spongebob Squarepants.

If Danny McBride’s portrayal of washed up baseball player Kenny Powers didn’t leave you laughing, then you need to go to the bank, take out some money and buy yourself a sense of humor. Powers is fighting the fight that all athletes must eventually face – desperately seeking to hang on in the game, while also trying to figure out how they’re going to live life without sport as their focal point.

A story based in the true early days of England’s FA Cup, The English Game recounts how the early years of English soccer was dominated by the country’s aristocracy, taking whatever measures necessary to prevent ordinary folks from having any hope of enjoying success in the competition. The story is based on the battle between the Old Etonians, perennial holders of the FA Cup, and Fraser Suter, one of the first hired guns as professionalism entered the sport.

This show pulled off that rare broadcasting achievement, going from successful film to successful television show. FNL succinctly captured the phenomenon and lifestyle of high school football in the state of Texas from all angles.

A brilliant ensemble cast combined with powerful storylines made Aaron Sorkin’s first venture into television a critically-acclaimed success, if not a ratings bonanza. Sports Night was intelligently written. They respected their audience, even if enough of an audience wasn’t willing to love them back.

Both clever and cynical, Arli$$ is a show built around fictional player agent Arliss Michaels, who is part Jerry McGuire and part Ari Gold. He’ll do anything to benefit his client pool of A-listers, ethics and whoever gets hurt along the way be damned. The HBO show ran from 1996-2002 and was highlighted by cameos from several sporting stars, including Shaquille O’Neal, Katarina Witt, Barry Bonds, Oscar de la Hoya, Ken Griffey Jr., Hank Aaron, Kobe Bryant and Roger Clemens.