Baz Luhrmann is a popular Australia actor, writer, filmmaker and producer. He has gained immense fan following with his four decade long career. His projects range from film, television, opera, and theater, music and recording industries. If this isn’t enough he has become an inspiration for many youngsters.

He is more like a modern example of an auteur who believes in maintaining a distinctive style in his work. Initially he started acting in his high school’s production of Shakespeare’s ‘Henry IV, Part 1’. As an actor he is known for ‘The Highest Honor’ that came out in 1982. In this movie he worked with Steve Bisley and Stuart Wilson. Here are some more details about him: 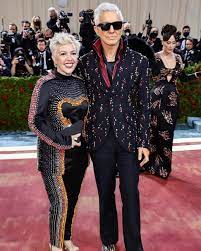 Baz Luhrmann was born on 17th September, 1962. He grew up in the town of Herons Creek, New South Wales. His parents used to run many businesses that included a gas station and a movie theater. It was because of them that he developed a lot of interest in the entertainment industry. His mother was a ballroom dance instructor and she used to visit theater and enjoyed all sorts of music.

Unfortunately his parents’ marriage didn’t turn out to be successful. They broke up when he was only 12 years old. He decided to stay with his father. However, three years later he wanted to escape from his step mother. For this reason, he moved to Sydney to reside with his mother. Since childhood, his father used to put a lot of restrictions on him. He was not allowed to keep his hair long. Once he moved with his mother he was open to live life according to his will.

During this time people gave him a mocking nickname called ‘Baz’. It is the reference to the Basil brush that is a bushy tailed fox hand puppet. This character appeared on the popular show at BBC television. In 1979 he embraced this nickname with open arms. Moreover he tried to adopt the first name Bazmark accordingly. It was this time when he tried to acknowledge it and stated it as “the two sides of who I am.” In 1985 Baz graduated from NIDA with a prominent degree in acting. He is 59 years old while his height is 5 feet and seven inches. After completing his school his first attempt was to gain entrance to Sydney’s National Institute of Dramatic Art (NIDA). This effort couldn’t turn out to be fruitful and he won a role for the movie Winter of Our Dreams (1981). It featured Judy Davis and Bryan Brown. During this period he started acting in nearly four episodes of long running television drama. It was named A Country Practice (1981–93) that became successful.

After making a second attempt he was chosen by NIDA. While he was in school he started working with the Australian Opera company. They helped him connect with all the younger audiences. Apart from that he became successful in working an English producer-director Peter Brook. They worked on Brook’s 1985 theatrical production of The Mahabharata. It was based on the Indian epic with all the informative details.

Soon after he wrote and directed a play named Strictly Ballroom. He had a lot of experience with the Australian Opera and all of that reflected in his work. Among his other prominent works he started the production of La Bohème (1990, 1993, and 1996). His movie Strictly Ballroom went on to win multiple awards at various award functions.

It followed with the success of Romeo + Juliet (1996). It was a modern interpretation of Shakespeare’s play set in Miami Beach, Florida, and Moulin Rouge. There was another musical set in Paris at the turn of the 20th Century. These three films became one of his most prominent Red Curtain trilogy. Here is a list of his popular work:

In 1983 he enrolled in an acting course at the National Institute of Dramatic Art. He graduated in 1985 with Sonia Todd, Catherine McClements and Justin Monjo. In 1997 he got married to Catherine Martin who is a production designer. The couple welcomed two children together named Lillian Amanda Luhrmann and William Alexander Luhrmann.

He supports Melbourne Demons in the Australian Football League. The net worth of Baz Luhrmann is estimated to be around $25 million. His main source of income is from working in the entertainment industry. No doubt he is one of the richest and influential artists of this time.