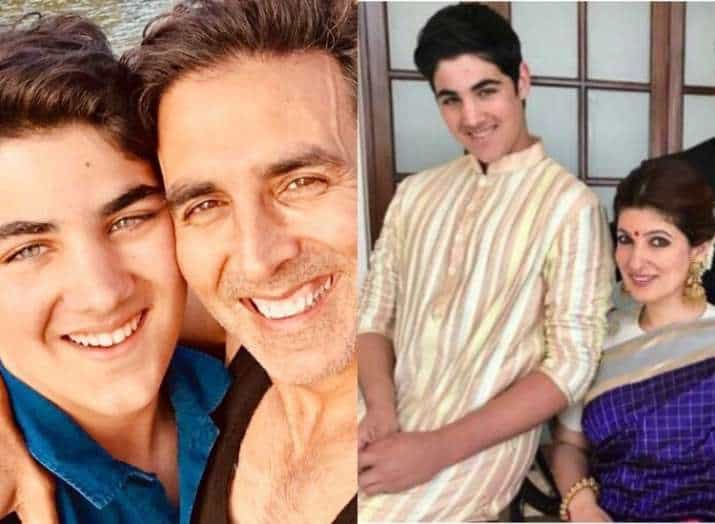 The famous Bollywood couple Akshay Kumar and Twinkle Khanna are a happily married couple and they have two lovely children. Aarav is Akshay Kumar’s eldest son and it seems like the father-son duo are best friends more than father and son. Akshay recently shared some adorable stuff about his son Aarav and also shared how he and his son are so close to each other. Akshay also revealed why his son Aarav doesn’t like to come into the limelight.

How is Aarav Kumar different from other star kids? 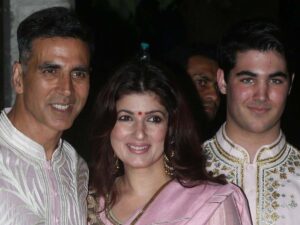 Star kids are often spotted and are clicked by the paparazzi. We have also seen many star kids posing in front of the camera without shying away from the media attention that they get because of their celebrity parents. Most star kids like the attention but Akshay Kumar and Twinkle Khanna’s son Aarav doesn’t like to get spotted by the media. He is one of the few star kids who is not photographed much and we rarely see his pictures on the internet.

What did Akshay reveal about Aarav Kumar on the Bear Grylls show? 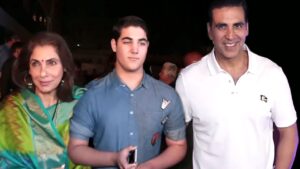 Recently, Akshay was seen by his fans featuring Bear Grylls on his show called Into the Wild with Bear Grylls. The duo also had a candid conversation and Akki revealed many things about his personal life. He revealed that his son is different from others and wishes to have his own identity and doesn’t like to tell that he is his son.

Akshay also shared that Aarav hates staying in the limelight and he understands it well and lets his son do what he wants to. Akshay had a candid conversation with Bear and said,

“My son is very different. He just doesn’t want to tell anyone that he’s my son. He wants to be away from the limelight. He wants to have his own identity. That’s the whole thing and I understand it. So, I let him be the way he wants to. My father was the only influence I have in my life and I’ve followed all his rules and all the things that he has taught me. And I hope my son gets that.”

When will we see Akshay Kumar’s next movie?

Akshay Kumar is a busy man and does multiple movies in a year. On the work front, Akshay Kumar flew to Scotland and will be shooting there for his next film ‘Bell Bottom’. The star was also accompanied on the trip with his wife Twinkle Khanna his son Aarav, and his daughter Nitara. It seems like the family will be having a vacation in Scotland.

Bell Bottom is an espionage thriller and stars Vaani Kapoor as the leading lady. The film is directed by Ranjit M Tewari and is scheduled to hit the theaters on April 2, 2021.