Amir Liaquat Hussain was shifted to a private hospital in critical condition where doctors confirmed his death after a medical examination.

According to details, the door of Amir Liaquat Hussain’s room was locked and the employees of the house were knocking on it for a long time.

According to the employee, Amir Liaqat’s health had deteriorated last night and his heart was aching.

Amir Liaquat Hussain was shifted to the hospital by ambulances from his home Khudadad Colony. The family members of the National Assembly member were also present in the hospital.

Amir Liaqat’s driver reported the matter to the police

However, Amir Liaquat’s driver reported the matter to the police. 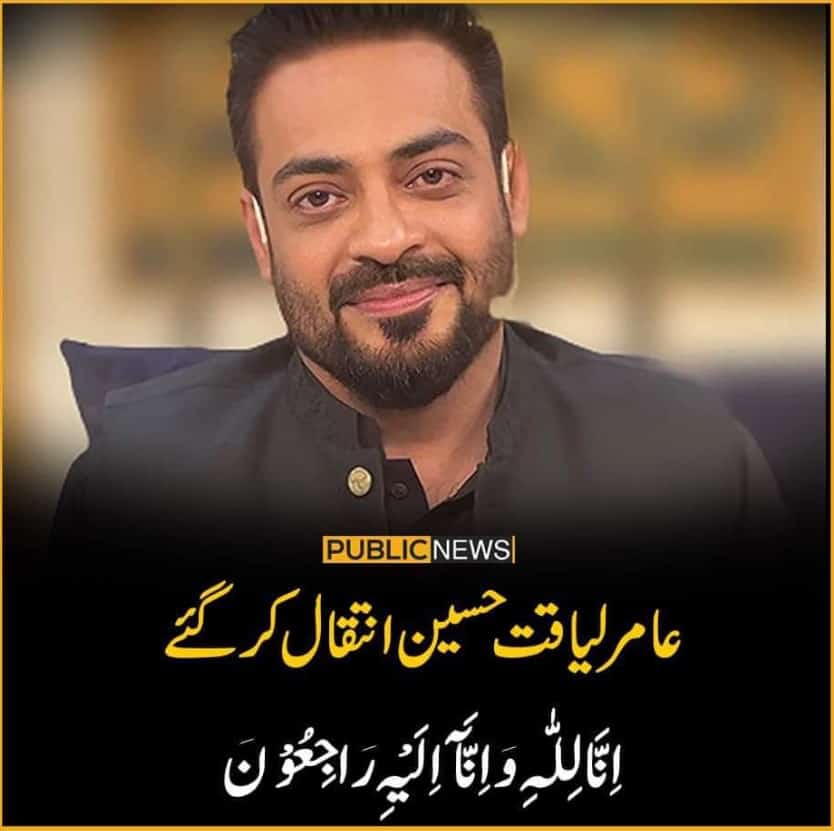 According to police, the body will be shifted to Civil Hospital or Jinnah Hospital for autopsy and then handed over to his heirs.

On the news of death of Amir Liaquat Hussain, Speaker Raja Pervez Ashraf said that it is a sad news that the Assembly has passed away.

Due to the demise of Amir Liaquat, the National Assembly session has been adjourned till 5 pm tomorrow.

It should be noted that Amir Liaquat Hussain was born on July 5, 1971. Amir Liaquat was a member of the National Assembly from 2002 to 2007.

Amir Liaquat Hussain was also the Minister of State during Musharraf’s tenure. In 2018, he was elected Member National Assembly on PTI ticket.