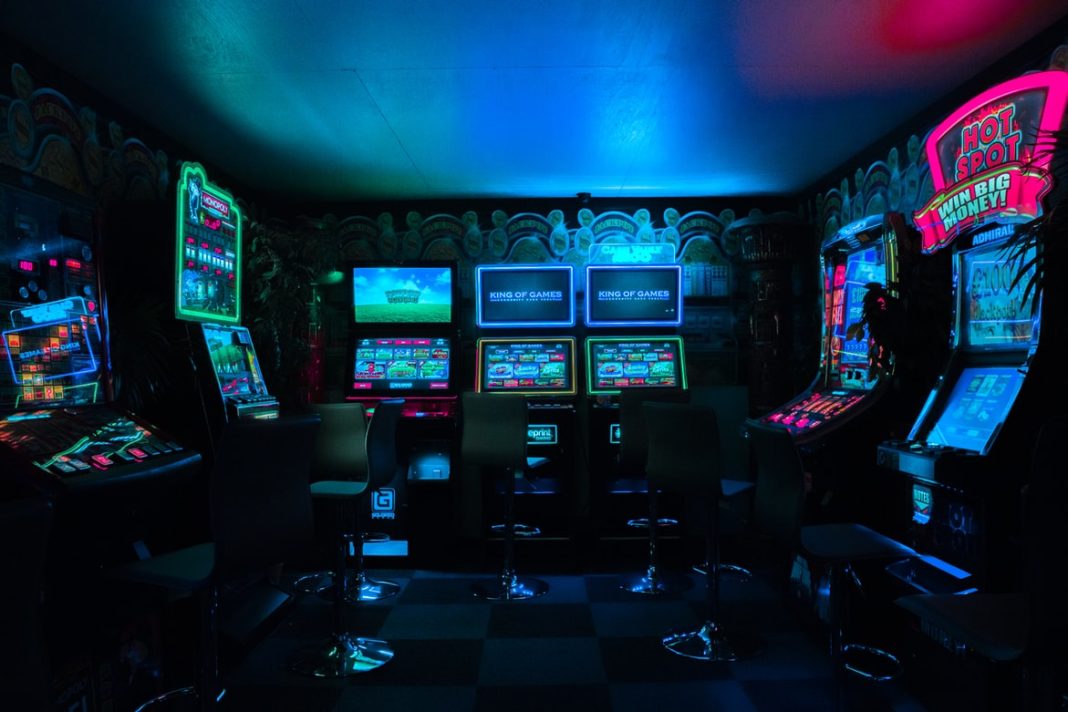 Most video games have an international presence thanks to various tertiary companies. An example of a tertiary company is a technical translation company. It enables video game makers to translate games’ content into a target market’s language.

The USA is home to thousands of video games. However, some games stand out from others because of their quality and versatility, among other aspects. For this reason, Eurolingo, a language service provider, has identified the five best video games played in the USA as follows:

You can play Weird West using Playstation 4, Xbox One, or a Windows PC. WolfEye Studio is the brain behind the production of this video game. The studio consists of a team featuring Arkane veterans, who created Deathloop and Dishonored video games.

When playing the Weird West video game, you fight cultists, bounty hunters, and the undead. The mission is to revenge. The tactical shoot-out battle takes place in an open field. Also, the battle employs a top-down setting. If you are trying to rob a bank during the game, find your way through a chimney to avert a deadly firefight.

One of the beliefs that WolfEye holds is that you should touch the world you explore when gaming. So, the studio does its best to make the concept a reality.

For this reason, the five bounty hunters in the video game operate in a world responsive and interactive to a player’s commands. For example, shooting an ammo box makes it explode. Also, your character and their friends die permanently.

Ghostwire: Tokyo plays on Windows PC and Playstation 5. It is a product from Tango Gameworks, creators of the Evil Within video game. If you compare the two video games, Ghostwire: Tokyo carries the day. It leaves the American suburban terrain to adopt Tokyo’s rainy grounds. So, it features vengeful spirits of Tokyo’s legendary realms.

Ghostwire: Tokyo features first-person animation. It also has vivid enemy designs. To play this game, banish demons to get into an Ersatz 7-Eleven and receive a health-restoring Mochi. In other words, this video game presents an apocalypse in Japan.

During this game, you can use paranormal and psychic abilities to overcome the spirits and ghosts that haunt you. Your character can also use hand movements and gestures to cast spells. When your enemy loses significant health, their core becomes exposed. So, you can apply takedown moves to destroy them.

If you defeat the enemies, you collect Yokai. In return, you collect spirit resources and points to upgrade your abilities.

Nobody Saves the World

Nobody Saves the World can play on Windows PC and Xbox One. This game features a protagonist, Nobody, who can convert into 18 different fantasy forms, including a dragon, ranger, and warrior. He uses a wand to change his form. Each form unlocks several abilities.

You only have two basic skills at the beginning of the game. However, you gain more abilities as the game continues. You can also swap the forms while moving across the board. Also, you can combine your abilities to carry out a devastating attack.

Players explore dungeons and overworld during the game. The game procedurally generates these two settings. You have to complete gameplay objectives and quests to get upgrades and stars. These two gains are the currency for unlocking the dungeons in the game.

The dungeons have traps and enemies. However, a thorough exploration of the dungeons can enable you to find hidden keys and treasure chests.

This game gives you access to everything it offers. So, you cannot choose an unintended form only to realize your error later. In other words, Nobody Saves the World has open features to ease their selection. Also, you can play this game solo or as a team.

This game can play on PlayStation 4, Windows PC, PlayStation 5, Xbox Series S/X, and Xbox One. It is a product of Ubisoft Montreal. This video game contains similar characters and arsenals found in Rainbow 6 Siege. You can play this game as a 3-member group and try to complete a set of challenges. So, it is a cooperative multiplayer video game.

During the game, your team fight to defeat parasite-like aliens, the Archæans. Firstly, you have to infiltrate a location with aliens and complete a set of objectives. The objectives include gathering Intel, extracting computer data, and collecting samples.

Each play session, incursion, has three interconnected sub-maps. Each sub-map has 12 random objectives that a player should meet. Once you achieve your objective, you can opt to extract or move to the next sub-map. If you choose to extract, you become safe.

If you leave one of your friends behind, you can free them in the next mission. Otherwise, leaving them behind exposes them to progressive tax as a punishment. A player that the enemy defeats become missing in action. So, you have to rescue them before continue playing the game.

This game features treasure hunters who explore the world to unearth historical mysteries. It consists of historical fiction, folklore and fantasy elements, fictional characters, and real-world historical events and figures.

Play by the Rules

One of the strategies that video game developers adopt to expand internationally is to play by the rules. Every video game should comply with the rules that govern the industry. Failure to do attracts negative publicity, a penalty, and a ban. An example of the rules to follow before listing your video game on the Google Play Store are as follows:

Translating your video game app content only does not qualify it for international expansion. You should localize the content after its translation. Doing so increases the competitiveness of your video game.

Localization should not end at the content of the game. It should also encompass localization of the settings of the game, including the names of various towns or landmarks. Some of the parts of a video game that require localization are as follows:

The game manual is a set of notes and instructions for a video game. It is in form of a Word file or PageMaker. It may also feature promotional content and creative writing.

The Readme file contains notes detailing last-minute changes not featured in the game manual. It can also contain corrections for errors and typos in the game packaging and documentation. A Readme file can be straightforward and technical.

The user interface is what you see on the screen when interacting with a video game. It includes menus, tabs, activating features and functions, and buttons, among other elements. The translation and localization of the user interface cover notifications, error messages, dialogue boxes, notes, and menus, among other features.

Localization also applies to character dialogues, narrations, and interjections. So, a voice talent comes in handy during the translation and localization of the spoken dialogues.

Some graphics in a video game contain texts related to some scenes. These texts require local terms, signage, or idioms.

Localization should identify sensitive political and cultural visual elements. Afterwards, it should replace the sensitive elements with neutral ones to avoid controversy.

Give your video games an international standard for them to become competitive globally. Doing so places video games on the list of the best video games in the world. After noting the highlighted video games, it is time to try them out.

Is There Any Free Online Trivia Game?