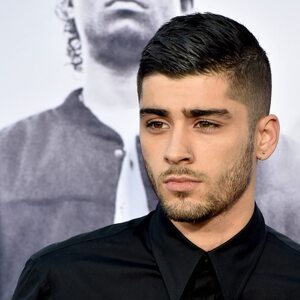 Zayn Malik is a musician from England. He became known to the public for being a part of the popular boy band One Direction. He also has a highly successful solo career.

Zayn Malik has a net worth of $75 million. He is a member of the boy group One Direction and his major income has come from his activities with the group. He also has a successful solo career that increased his net worth even more.

Zayn Malik’s real name is Zain Javadd Malik. He was born in Bradford, West Yorkshire, England. His date of birth is January 12, 1993. He grew up in East Bowling. He graduated from Tong High School in Bradford. He was bullied in school as he is a mixed Pakistani and Irish/English. He received unkind behavior because of that. He was born in an Islamic household, but he is no longer identified as a Muslim. He started writing raps when he was in high school.

Zayn is a fan of rap and R&B, and Bruno Mars is his favorite artist. He auditioned for “The X Factor“, and was paired up with four other musicians. A boy band was formed that comprised of 5 guys including Zayn.  One Direction earned a lot of fame and success.

The group sold over 20 million albums worldwide. They have generated a revenue of $130 million. Their sold old tour “Where We Are” Tour generated $282 million, and the profit was equally shared by the five members. Zayn Malik quit the group in 2015. The band disbanded in 2016 and they went their own ways with solo careers. 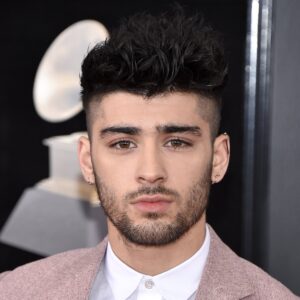 Zayn signed a deal with the RCA records. His single “Pillowtalk,” made its debut on No. 1 in several countries. His single “Like I Would,” was also a big success. He released many popular singles that include I Don’t Wanna Live Forever, Fifty Shades Darker, and more.

His next album “Icarus Falls received great reviews from the music critics. Malik performed the single “A Whole New World” with Zhavia Ward which is a soundtrack of the film remake of “Aladdin.”

Read more: Masters of the Air: Everything We Know About Band of Brothers 3

Malik is a supporter of the Manchester United Football Club. He is an active philanthropist and is an official ambassador of the British Asian Trust charity group. Zayn donated £10,000 in 2021 to the GoFundMe page of a five-year-old girl who was sick.  The page was set up by her mother so that she could gather money for her medical treatment. Malik was an active supporter of the Black Lives Matter movement.

Malik got into a relationship with the X Factor contestant Geneva Lane. He was also engaged to actress Perrie Edwards and the couple was rumored to have been dating since 2012. They broke up in August 2015. Malik was in an on and off-again relationship with Gigi Hadid who is an American model. She was a part of the music video of his song “Pillowtalk.” Malik and Hadid have a child together and they became parents in September 2020. The couple is residing on a farm in rural Pennsylvania. They are quarantining together during the COVID-19 pandemic.