Greg Hamilton is recently released from WWE. He has been one of the best announcers inside the ring and is winning the hearts of many wrestling fans. It was surprising when he made his account private and removed the associations with WWE. There are a lot of sources revealing that Greg is finally released from WWE. If you are curious to know there still has been no confirmation on why he was released. Interestingly this news of release has been sudden but comes right after his feud with the rapper on social media. The issue started with Gunn while his song and voice sample was used. There was a confusing status that lawyers from WWE are going to sue the rapper. 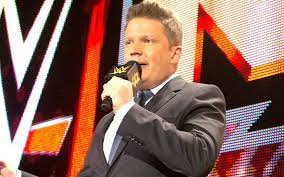 According to the latest update Greg is released from WWE. He recently had an issue with the rapper who has recently released a song for WWE. The new project of Gunn is known as Fourth rope that is like a homage for the wrestling fans. Since the controversy began the announcer has deleted the post from his Instagram. Here is what the post looks like:

“Well @westsidegunn @buffalokidsgallery let’s hope that since you STOLE my voice for your incoherent kindergarten fables that you saved up enough delivering for Door Dash….because….You….are…. [Censored emoji]’d. You’ll be paying me for years….apologize and I’ll think about not collecting every dime for the rest of your life….or I can just get WWE lawyers….that ok too. Settle with my lawyer. And don’t EVER use my voice again….so wrong.”

Hamilton noted in a comment: “Tick….tock…..the longer this goes, the longer I have in court….you ready to settle or do you wanna dance with WWE lawyers? It’s a slam dunk. Price goes up by the day….”

In another comment Hamilton wrote “It was 20k, but at noon eastern its $30k and we go to court.” One Instagram user noted in the comments that Hamilton’s threat was “so fucking dumb” and that he was mad because a WWE-supporting rapper used his voice, calling it a “common L.” 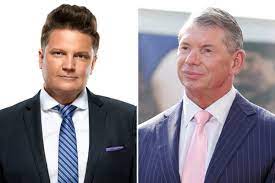 There are no updates whether Greg was released due to this controversy or not. Whether he was asked to go or he did himself is not yet confirmed. His profile is still active on the official SmackDown page. He started his career with WWE in 2015 and since then there is no looking back. Greg has worked for the tough enough tapings and impressed all the audience. While working for the main roster since 2016 he has done commentary for WWE superstars in major events. He has been the major ring announcer on SmackDown for many years now. Hamilton has been working for NBA’s Orlando Magic and the Miss America organization before joining WWE. Apart from that he has worked for FOX, NBC and CBS in all the key markets. Wrestling fans are going to miss his updates during the big wrestling events.