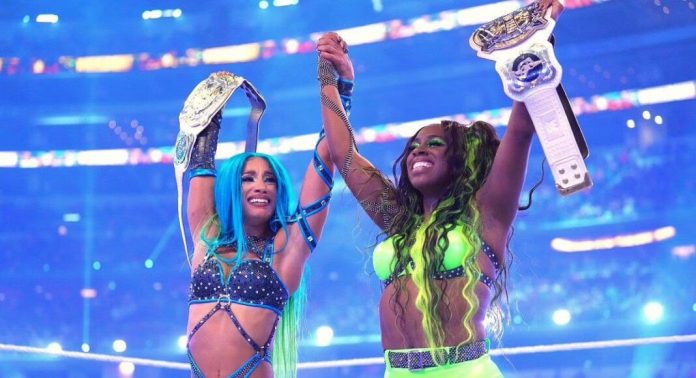 The wrestling world has a lot of interesting stories to state every day. Recently Naomi and Sasha Bank walked out from ‘Monday Night Raw’. They both have creative differences with the creative team and Vince McMahon. There is limited time left for their contract to expire. It doesn’t seem they are in a mood to renew their WWE contracts. With so much happening behind the scenes everyone is curious to know what’s next for these ladies. Here are more details to this story: 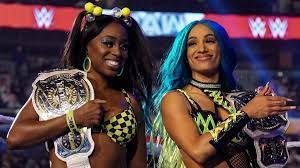 As Naomi and Sasha Banks are having a controversy with WWE. They have walked out of ‘Monday Night Raw’’ very recently. On the latest episode of The Ringer’s “The Masked Man Show with Kaz, “an interesting story came out.

Former WWE writer Kazeem Famuyide has revealed that he is hearing some interesting information regarding Naomi and Sasha’s WWE deals. Here is what he has to say:

“I did hear that their contracts … they were in negotiations for renewals,” Famuyide reveals. “I don’t know how soon it is, but I think Sasha and Naomi’s contracts were set to expire within the next two months already … What happens if their contracts just run out while they’re doing this? I don’t know.

There’s so much unspoken, there’s so much unknown with this situation that I don’t want to be that person who’s just irresponsible, just spewing things recklessly like people tend to do … I’m just saying what I know, and you do with that information what you will.” 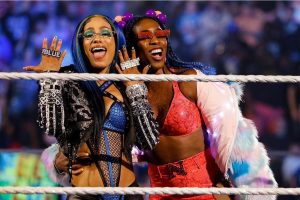 Kazeem Famuyide who is the former WWE writer Kazeem Famuyide has confirmed a report regarding the top wrestling female stars. He states that Naomi’s contract was set to expire soon. However the two sides are planning to negotiate a new deal before she walks out.

The contractual status of Sasha Bank is not known as yet. A report from media portal suggests that in September 2019 Sasha signed up for an extension with WWE. It was when she returned inside the ring from several month break from the promotions.

Sasha is the former “Raw” and “SmackDown” Women’s Champion. She will confirm about her new contract in the interview shortly. However neither any report of Sasha has revealed the time of the contract. WWE is handing over extensions for about five years or more in the past. Moreover if Sasha has signed up for a three year extension only it is a common practice in the WWE world.

If we consider the extension of three years that will mean her deal will expire within this year. It is still not sure what WWE will plan with their current WWE Women’s Tag Team Champions. In the past few years WWE has frozen contracts with talents who are out due to an injury or other problems. This includes current AEW stars PAC and Bryan Danielson. Naomi and Sasha are remaining silent regarding their walkout decision. 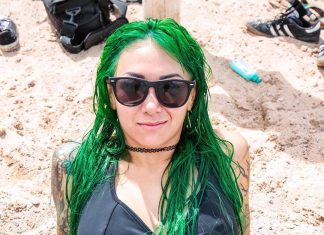 Bushra - July 4, 2022
The Women’s Money in the Bank Ladder match is seeing plenty of interesting spots. A lot of talent is involved in pushing the creativity...