Unforgettable Moments that make the Scandal a Must Watch 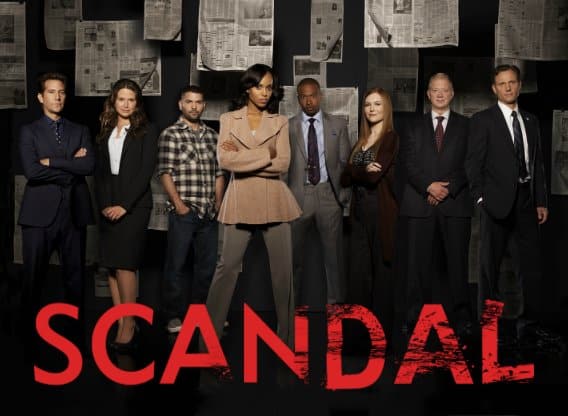 It has been two years since the epic drama Scandal ended and we still can’t get over it. The heart-stopping show is one of the most memorable shows that we got addicted to and the mention of the drama still gives us a reminder that very few shows are made the way Scandal was made. The ABC drama had a seven-year run and gained many fans all through these years. It was also acclaimed by the critics and remains one of the best TV series ever made in the history of Television shows. Let’s take a look at a few unforgettable moments that we cannot forget about Scandal.

In season 5 of Scandal, Olivia made a tough decision to get an abortion. She wasn’t ready for it but she ended up making this choice after considering a lot of situations in her life. It was a groundbreaking scene in the series and was backed up by the epic song by Silent Night by Aretha Franklin. The scene was well shot and the performances of the actors were top-notch. The scene remains one of the most memorable scenes of Scandal to date.

Olivia and Fitz were had an on and off the relationship in the series because they were star crossed lovers. There were several moments in Scandal where the couple united for a short while. Their love remained strong all through the series and even though they were not together with each other physically in all the episodes their hearts were beating for each other. The close bonding and the soul mate connection they shared with each other was amazing. The scenes where they hook up and get close are one of the best romantic scenes the entertainment industry has ever witnessed. 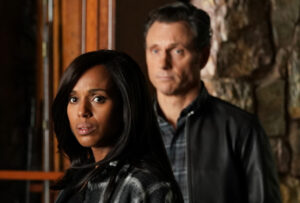 The world was recently shaken by the incident of George Floyd’s murder in America. The scandal also had an episode where a black unarmed teen was killed by a white policeman. The scene where the father of the teen sat before his son’s dead body was very well shot. The scene had so many emotions and Olivia Pope was the star of the scene. She protests for the rights of black people along with other people and Olivia gets noticed by the dead son’s father.

Olivia didn’t have any blood on her hands in most of the episodes of Scandal. She beat Andrew brutally to death when he triggered her wild side by making her recall of her abduction in the earlier episodes. Olivia suffers from PTSD in the show and her PTSD is triggered when she is reminded of her recent abduction.

The fans were left on a cliffhanger when the makers teased the death of David and James. Both of them were getting close to knowing the truth and this wasn’t going down well for Jake. The fans witnessed their favorite character Jake getting shot to death. The scene was one of the most talked-about scenes on social media as the fans didn’t want to let go of their favorite character in the series. Jake was left remorseful after having shot James and the slow and torturous scene left quite an impact on the audience.