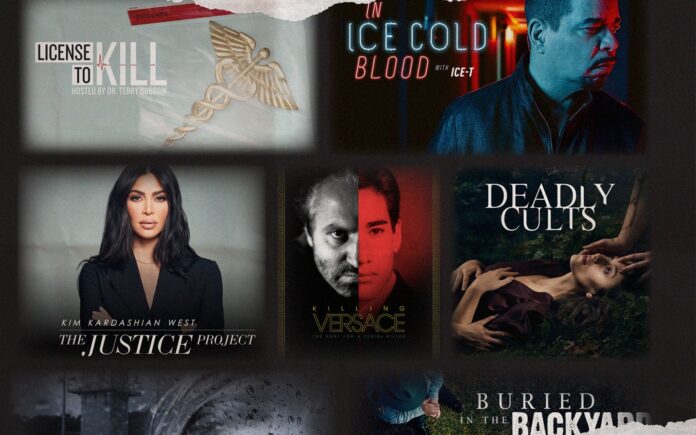 True crime books have been popular for a long time, while true crime shows have become addictive shows to watch on TV recently. By taking the episodic format of procedural shows and creating them into a show with a fascinating real-life murder case and trial, have been one of the most-watched and must-see series of this year.

Here are some gripping true crime documentaries that you can watch on popular streaming platforms like HBO, Amazon, and Hulu. We can’t get enough of these documentaries and this is why we have listed the top 5 true crime shows that are not to be missed.

True crime doesn’t always have to be about mean serial killers and gruesome murder. The highly acclaimed Wild Wild Country features the story of a cult that spread in a small Oregon community during the late ’80s. It took over the town in no time. Wild wild country is a story about a town that was taken over by a cult and is one of the most talked-about Netflix shows of 2017.

A documentary can have an effect beyond simply entertaining and Who Killed Malcolm X is one of those Netflix shows. The documentary is about Manhattan’s district attorney who announces that the case of the murdered civil rights activist will be reopened after 55 years. Malcolm X is a must-watch documentary if you are a true crime fan.

This three-part Hulu series tells the story of a brutal murder case of 30-year-old salesman Travis Alexander. The incident took place in 2008. His girlfriend was arrested and accused of murdering him. The Hulu series focuses on the trial of his ex-girlfriend Jodi Arias. The case received a lot of attention and the series focuses on every salacious detail and includes interviews with family members, police, and prosecutors.

The title of this five-part series has a lot to say about the series. The show focuses on the most notorious and still-at-large criminals that are set free in the world today. Each episode tells the story of a different fugitive. The show revolves around the criminals called

The show provides details about their various crimes and focuses on the details of the real-life villains.

How to Fix a Drug Scandal

This four-part series tells the story of a murky world of criminal evidence tampering and majorly focuses on the two crime drug lab chemists named Sonja Farak and Annie Dookhan. Farak and Dookhan have been behind tens of thousands of criminal cases. The series examines the motives behind their crimes and also reveals how the politicians are tied up in the scandal.