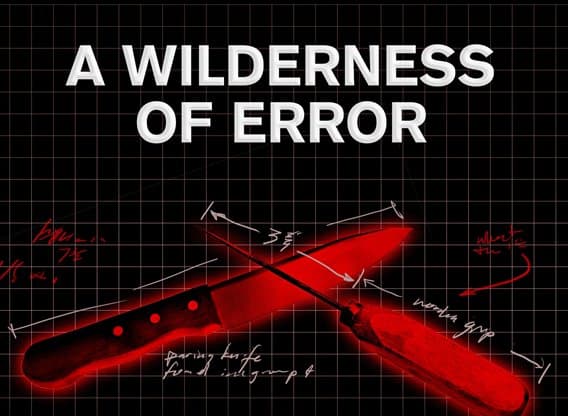 FX will be launching an all-new crime docuseries that is based on true events. The series will be called A Wilderness of Error and will be hitting the popular streaming platform Hulu.  If you love watching crime documentaries that are based on real-life incidents then this one might be the next on your watch list. We have gathered all the latest updates on the crime series for you. Read more to know about the latest gossip and news about it.

Where will A Wilderness of Error Premiere?

The series might not be a Hulu original because it will be launching on some other medium. In fact, the rights of the series are acquired by the FX network. The show will first premiere on the FX network and then later on it will also be launched on Hulu. The subscribers of Hulu will be able to catch the series on the streaming site a little later than the original broadcast of the documentary series.

Is there any trailer of A Wilderness of Error Premiere?

The crime series is based on real-life crime incidents that have happened to people in real life. The series is based on the eponymous best-selling book that is written by Errol Morris. The show will focus on the perils of media trial and will also highlight that prejudice can win over the truth.FX has already released the very first look and trailer of the documentary in the latest trailer of the series.

Who is the team behind A Wilderness of Error?

There is a stellar and talented team behind the scenes of the docuseries. The producer of the series is the Emmy Award-winner Marc Smerling. Another big name behind the camera is the Emmy Award-winner Jason Blum who is the executive producer. The groundbreaking series has a skilled team behind it so we can expect a lot from the show. The producers of the series have been behind the popular series like The Jinx and The Loudest Voice.

A Wilderness of Error : What’s it about?

The story of the docuseries is about an Army surgeon by the name of Jeffrey MacDonald. He is sent to prison because he is held responsible for killing his family.  The series will have a strong narrative and it will be challenging for the audience to find the truth about the incident.  The truth will be overshadowed by doubts and mysteries and there will be a lot of confusion and challenges for the viewers to be able to know the real story. MacDonald might turn out to be an innocent man and he might be the killer.

A Wilderness Of Error: When does it air?

A Wilderness of Error will be launching five episodes and the show will debut on Friday, September 25, at 8 p.m. The series will launch on FX, and will also release on FX on Hulu.FX revealed many details about the series in their recent press release. There is good news for the fans of the show because they will be treated with three consecutive episodes airing back-to-back. The show will air from 8 p.m. – 11:30 p.m. The next and final episodes will be released next week.