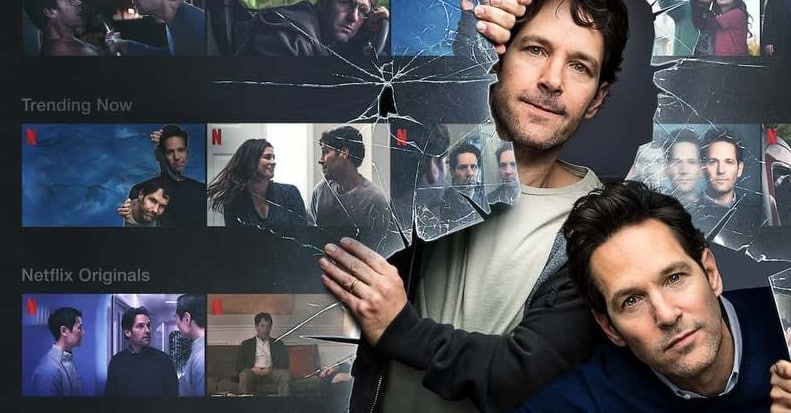 Netflix is one of the most used websites for streaming of shows, movies, and whatnot. Many people nowadays prefer to watch movies of their choice on Netflix rather than on television. Watching a show on television can be tiring for some, as the show starts and ends at a particular fixed time.

Some people who have a busy schedule might not be able to watch their favorite show on television plus the ads can also be irritating. Netflix is gaining more popularity since it has been releasing original content for its users. In Australia, people watch most of their favorites on Netflix. Let’s take a look at the top ten series on Netflix Australia and include them on your list.

Living with you is a comedy drama presented by Netflix. It stars Paul Rudd who is doing a double role. The character name of Paul is Milestone is representing older and the other one the new generation. This story beautifully depicts the story of how a person can transform for the better. Aisling Bea, Desmin Borges, Zoë Chao, and Karen Pittman are some of the other important cast members.

This is another interesting presentation by Netflix. Raising don is about a boy who gains super-powers due to an experimentation done by his father in Ireland.

The spy is an amazing thriller. It is being watched in Australia widely due to its unique concept. It’s about a secret agent who has to uncover many secrets.

Criminal is another interesting drama. It is a police related story; a criminal will be seen investigated by the police officers. This cat and mouse drama is a pick among various viewers.

Top boy is a story about two drug dealers who want to get all the money from one city. Their journey is what the drama is about.

This is another thriller series. After life scenes have been depicted very naturally and viewers can connect with the drama very closely.

When they see us

This drama has been on a record breaking spree, almost all viewers in USA have seen it. The story is about boys who are falsely accused of an incident and improsioned.People in Australia is also rooting for this series.

This is another interesting series which depicts the story of a woman who is in search of her true love. Interestingly when she finds her life her daughters do not approve of it.

The world is going crazy over this drama. It’s an anti-romantic comedy with a magical psychological thriller touch. The book store manager falls in love with a girl and goes to any length to prove his love.

This is another inspiring series about a man who leaves the profession of a broker and moves on to finding a new meaning to his life. In this journey he gets help from the strangers in a lot of ways.