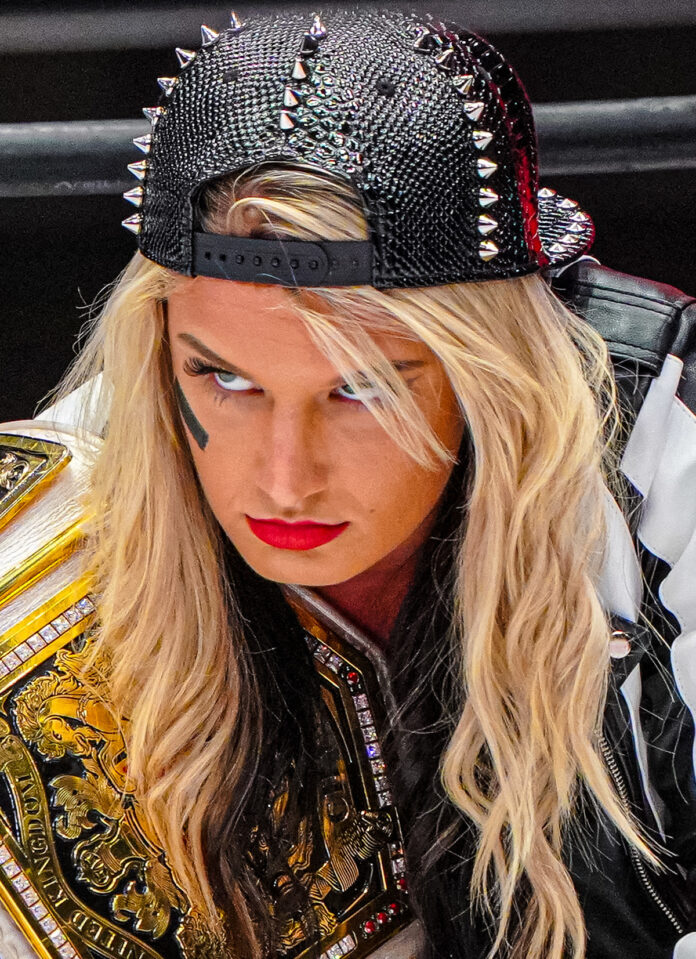 Toni Storm is back inside the ring after a six-week break. Everyone seem excited and are curious to know about her upcoming plans.  As Toni has made a stage appearance after a long time the officials at WWE are upbeat. Dolph Ziggler has approached her for before his singles match that is against Rick Boogs. At that time he felt that Toni is going to be on his side and may come back sooner than expected. However he had to face something shocking as Toni revealed she will be rooting for Rick Boogs in their next bout. The results became obvious as Rick also won the battle. Here is more to this story so keep reading below: 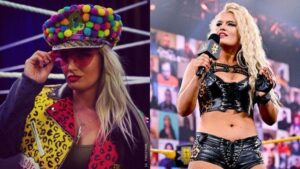 Toni made a comeback at WWE SmackDown and has been giving various interviews about it. Kayla Braxton was having an interview with Toni where she reveals she is a big fan of Boogs. Many believe have been curious to know why and how Toni became his fan. Does she enjoy his performance or looks up to him as a source of inspiration?  Here is what she has to say:

As Toni was giving her thoughts about the two wrestling superstars it seems Zelina Vega was not happy with her comments. Zelina interrupted her finishing statements and gave a rude comment on Toni’s fashion sense. She gave her T-shirt to Toni and walked away ignoring her totally.

Read More: Former WCW & TNA Star Daffney Passes Away At The Age Of 46

What did Zelina Vega say about Toni Storm? 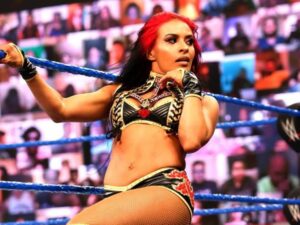 The comments of Toni on the performance of Rick didn’t go well with Zelina. She gave her comments that may seem offensive for Toni and her fans. Here is what she has to say:

“Toni Storm. You’re the new girl here, right? I don’t think you understand the kind of mistakes that you’re making,” Vega said to Storm. “Your outfit is atrocious. You should be thankful that Dolph would even look in your direction. Clearly, his sunglasses must have been fogged up or something. Just look at you. Your outfit is crazy. So, let me just give you something to help you out a little bit [Vega hands Storm one of her custom shirts].”

Kayla Braxton continue with her interview gracefully and brought things on track. She asked Toni if she has her eyes on blue brand or is already a part of it. After having a bad encounter with Vega, Toni believes she needs to watch closely about what she has to say. Here is what Toni said:

“I mean, I said from the beginning, I’m wasting no time. I’ve got my eye on Bianca Belair, Becky Lynch and all of the top girls,” Storm announced. “I guess now I’ve got my eye on Zelina Vega. Yeah, I feel like I need to keep an eye out [on her].”