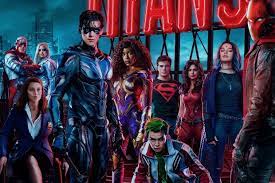 The upcoming season of the HBO Max’s Titans is expected to be pretty massive as the team has been putting up a lot of effort into the series. Joseph Morgan (Sebastian Sanger/Brother Blood) confirmed that he’s been working on some pretty “massive” scenes. Morgan shared a lot of stuff about the series via Instagram Stories. He also gave a brief peek inside his “Brother Blood” book. Here is all the latest buzz regarding Titans Season 4.

Brenton Thwaites spoke to the media and made the news of Titans Season 4 returning official. He shared that season 4 will be bringing more characters into the spotlight. He said:

“Well, it’s more to do with the characters that I haven’t seen come to light yet, that I would really love to come to the front of the screen and have major storylines. I’d love to see a storyline develop between Superboy and the Titans. There’s a lot of juice in that because we’ve seen a lot of him be good and a team player, and really attach himself to Dick’s morals and values. But we all know there’s this hidden dark side in that character that I think would be really interesting to explore. That’s one of my favorite characters. I think Josh plays that very well, that flippant double-sided good-and-bad character.”

Titans Season 4 Will Revolve Around Villains 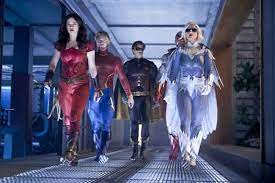 According to the latest updates Titans Season 4 is ” All About the Villain”. Titans structurally evolve around a villain. In the first season, there were two villains and in the second it was Deathstroke. In the third there was Crane. It would be interesting to see who the season 4 villain will be. We can also expect to see multiple villains in the series.

Titans will band together and try out different ways to defeat this villain. There will be many ways that the villain can rupture the circle and break the Titans. In this season Hank [Ritchson] has been killed off. Hank was such a strong character and it was very sad for the fans to see him go.

There are so many possibilities with ‘Titans and the makers could explore that relationship a little bit more. They might come to Earth, and a big alien explosion may occur. Dick could explore his new relationship with Bruce Wayne and they could start developing a personal relationship. In season 3 it was nice to see that Dick is starting to get confidence. He has become his own superhero. Jay will be back and will learn the ropes of being a superhero. 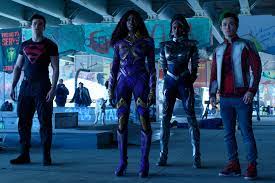