The Wreck Gets A New Trailer, Video Game To Launch In 2022

Indie developer and publisher The Pixel Hunt will be releasing their latest video game soon. The Wreck is an upcoming action thriller video game. If you like superhero action games, then this game is a great choice for you. The developers of the video game have updated the gamers with the latest updates about the game. Here is all you need to know about The Wreck.

The Wreck Receives A New Trailer

The Wreck is an upcoming video game that will be coming out soon. The developers have released a new trailer for their next game The Wreck. If you are excited about the video game, then you can check the latest trailer out to find out more details about it. The gamers will be able to get a sneak peek into the video game after watching the trailer. 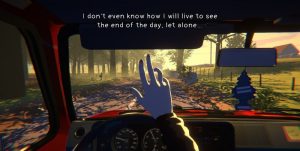 The Wreck is one of the most anticipated video games of 2022. If you have been waiting to find out about the release date of The Wreck, then the wait is over. According to the latest updates the video game will be released in 2022. The exact release date of the game has not been revealed as yet but we can expect to get a release date soon.

If you’re looking for some heavy-handed gameplay, then The Wreck is something you can look forward to. The video game has strong storytelling. It is a mature 3D visual novel. It covers the themes of sisterhood, motherhood, grief, and survival. The players will be taking on the role of a failed screenwriter.

You will be known as Junon and will be entering her life at a pivotal moment when she mentally attempts to make big changes to one of the biggest days in her life. The players will be reliving the past and will make an attempt to alter the present.

You will be able to learn from what you’ve accomplished. Will you be able to embrace the future ahead? You will have to find that out by playing the upcoming game. Your decisions will impact the life of the character. She can move ahead or might see everything getting into a wreck. 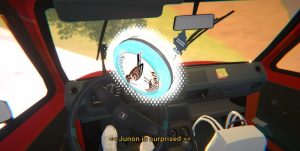 The Wreck tells the story of a 36-year-old Junon. Her life is in pieces and her career has stalled. She is emotionally numb and finds it hard to get on with her life. Her personal life is falling apart and she struggles to find peace. Things come to a head when she has to go to the ER to meet her estranged mother. Her mother is in critical condition. This becomes the important day of Junon’s life.

The players will be able to experience Junon’s memories and will piece together her past stories. The video game will highlight her tragic secret that lies at its center. You will have to use your understanding to find out about Junon’s trauma. You will help Junon find peace with herself. The players will help Junon to discover the humor, beauty, and hope to survive in this world.