Four New Figures In The Simpsons

The Four new figures are making up the wave and will include Bartman, Duffman, Krusty The Clown, and Hank Scorpio. All these characters will get the Ultimate treatment. They will be loaded to the gills with character-specific accessories. This will make the ultimate version of each one of them. All of these characters will be housed in their trademark Ultimates packaging and will be released in the market soon. 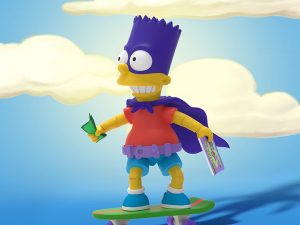 The newest wave of The Simpsons ULTIMATES is here and the team will continue to build their menagerie of Springfield’s most interesting characters! The name of the four characters will be Bartman, Duffman, Hank Scorpio, and Krusty the Clown. They are available for pre-order now and can be purchased soon. The highly articulated, deluxe 7″ scale will include the action figures and will feature a variety of interchangeable parts. The characters will be equipped with iconic accessories and will be inspired by your favorite episodes of The Simpsons.

Read More: The Devil in the White City Release Date, Cast, Plot & All You need To Know

Characteristics of The Simpsons Ultimates Wave 2 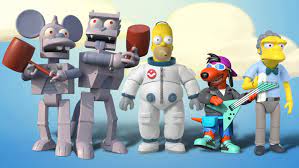 The character was a part of the top ten episodes of the show. The fans are also in love with the Duffman. People are surprised that the makers are releasing Bartman before they do the regular Bart. The Simpsons characters will be released a long, long time from now. The Ultimates and ReAction will be coming soon sometime as well.

They might do a Treehouse of Horror subline or something similar to that as well. The possibilities will be endless, and the fans cannot wait to see what their favorite toy company does for the license to go forward. You can order the new wave from the official site of The Simpsons now! The pre-ordered characters will be delivered to your doorstep in a few months’ time.