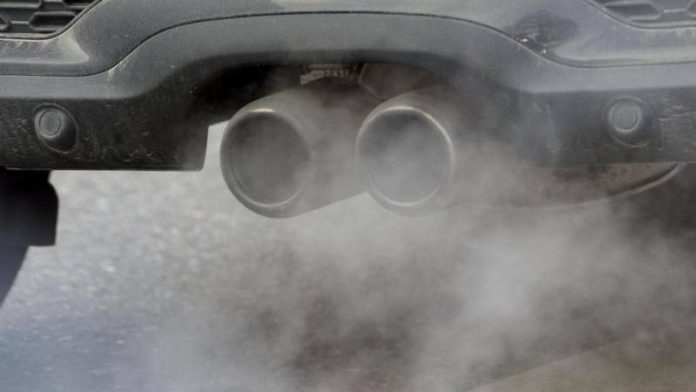 Given the continued SUV ends-boom, the Federal environment Agency is in favour to increase the price for more climate protection, vehicles with high CO2 emissions.

“We need to find measures to promote climate-friendly mobility”, said the President of the Federal environment Agency, Maria Krautzberger, the German press Agency.

A proposal by the Federal environmental Agency was a revenue-neutral Bonus-Malus System for new cars. The penalty would be levied on vehicles with high CO2 emissions by over several years, increased motor Vehicle tax. The Bonus would be paid out by means of a targeted promotion of the purchase of a new CO2-low-consumption cars.

A short-term incentive could also be that energy taxes of Diesel and petrol to align Krautzberger. For years, Diesel is subsidised to the tune of 18.4 cents per litre. “This has also contributed to the large and heavy cars are increasingly equipped with diesel engines – the efficiency advantage of the Diesel is only on the paper. From the Diesel as a protector of the climate can therefore be no more talk.”

In July, had the car in the Segment of sports utility (SUV) again increased sharply. The number of new registrations increased according to the Kraftfahrt-Bundesamt (KBA), more than 15 percent as measured by the year-on-year month – the overall passenger Car market grew by nearly 5 percent. The number of all-terrain vehicles increased by 19.4 percent – the compact class lost 1.6 percent.

The KBA distinguishes between the segments, SUV and all-terrain vehicles, this has to do with the optical and technical characteristics. Producers market the vehicles, but mostly as an SUV. For them, SUVs are a profitable business, because their sale yields more return than the Small and compact cars.

In the debate about climate protection but needs to deliver, especially in the field of transport, in order for Germany to reach the climate targets. 20. September will decide the climate Cabinet of the Federal government on a total package.

it is also a possible pricing of CO2 emissions. Thus, Fuel, fuel oil, and natural gas would be more expensive to promote in the transport and building area, the Savings of carbon dioxide (CO2). Citizens are to be relieved in return. In conversation, a Reform of the Vehicle tax, which could, in the future, more CO2-emissions.

“an SUV-Boom one must not be surprised if the auto industry is bringing a model to the other in the sale rooms,” said the Greens transport policy-makers Stephan Kühn from the dpa. “Car manufacturers to align their Portfolio in such a climate killer, torpedo the climate protection.” The transport sector is the climate of political grievances, which has also the many SUVs and off-road on the streets.

“The climate Cabinet has to take gas guzzlers stronger in the climate of political responsibility”, said Kühn. He spoke for a Bonus-Malus System in Motor control, so that consumption of the car powerful SUVs and off-road for their “environmental damage,” stand up straight.

The Green politician added: “With a CO2 price can be relieved fuel saver, because you can make the reduction of the electricity tax and an annual energy money, the bottom line is a Plus. But who wants to continue his HP cars, would be more involved in its environmental costs.”

Deputy Chairman of The SPD group in the Bundestag, Matthias Miersch, want to ask a new car buyer is also more cash if you decide in future for a Diesel or a gasoline engine instead of an electric car. “If someone has the money to buy a new car, and a HP-strong gas want, although the more environmentally friendly electric cars available, then he must pay a price,” said Miersch the “editors’ network Germany”. “Climate-damaging behavior has a price, and why should we not demand it as a society?”

The industry expert Ferdinand Dudenhöffer from the Duisburg-Essen University said the newly-approved SUV would be launched in the first six months of this year, an average of 144,1 grams of CO2 per Kilometer. This corresponds to an average consumption of 6.2 liters of Fuel on 100 kilometers. For comparison: all the new Cars together had come to an average CO2 emission of 133,4 grams per kilometre – with a fuel consumption of 5.6 litres.

Dudenhöffer pointed out that, increasingly, a pure electric would be sold SUV, albeit at a low level. So far, a lot of SUV are Plug-in Hybrids. These are cars with a hybrid drive, which can be loaded via both the internal-combustion engine as well as the mains. The need for a “real change” in battery-driven electric cars, or Zero-CO2-cars. Therefore, fuel should be significantly burdened by CO2 taxes.

address to the Nation