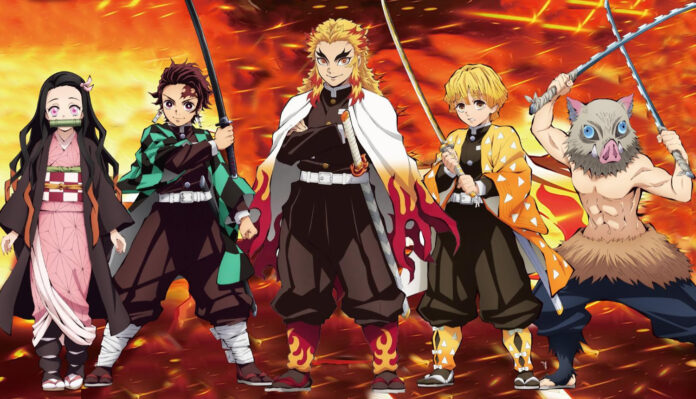 The anime film Demon Slayer: Kimetsu no Yaiba the Movie: Mugen Train set many records as the film was an instant success. The audience fell in love with the animated movie and set big records that cannot be achieved by a movie easily. The animated movie is finally available to stream. If you have watched it in the theaters and loved it then you can watch it again online. Here is all you need to know about the updates of The Demon Slayer Movie.

If you have seen the Demon Slayer Movie in the theaters and you have been waiting for the digital release, then the time is finally here! The movie achieved a lot of success at the box office and set the records-galore. The Demon Slayer: Kimetsu no Yaiba the Movie: Mugen Train can is now available at Funimation. The film can be streamed in the USA. You can stream it in both English and Japanese. 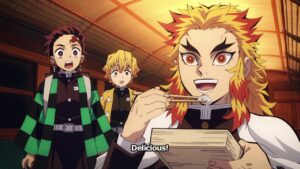 The official plot description for The Demon Slayer Movie by the makers is as follows:

“Tanjiro Kamado, joined by Inosuke Hashibira, a boy raised by boars who wears a boar’s head, and Zenitsu Agatsuma, a scared boy who reveals his true power when he sleeps, board the Infinity Train on a new mission with the Flame Pillar, Kyojuro Rengoku, to defeat a demon who has been tormenting the people and killing the demon slayers who oppose it!”

Demon Slyer originated as a manga in 2016. The print version of Demon Slayer manga has sold over 150 million copies worldwide. It is one of the top-selling anime series in history. The manga series has released the print version, an anime, and a movie of the franchise so far. A wide range of merchandise has also been released in the market. 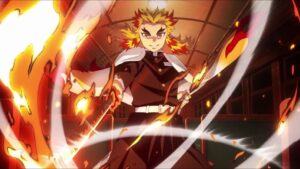 Demon Slayer had a theatrical release in the fall of 2020. The film was released with prominent restrictions due to COVID-19. Due to theaters’ closure and with limited theater openings the film could not reach a lot of audiences. Despite the limitations and restrictions the film still managed to become an overwhelming hit. The animated movie grabbed $500 million at the worldwide box office.

The film also set many new records of success in its native country Japan. The Demon Slayer film is one of the highest-grossing anime films and also ended up becoming the highest-grossing Japanese film of all time. If you are a fan of the Demon Slayer: Kimetsu no Yaiba the Movie: Mugen Train then you can watch it all over again online on Funimation.