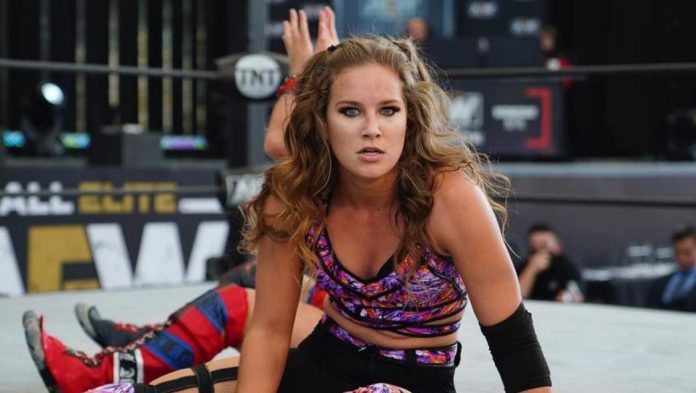 The latest news coming up from WWE world is that Tesha Price has signed up with WWE. She has also decided for a new ring name ‘Fallon Henly’ as her ring name. Her fans are observing since the time she changed her name on Twitter. Even her Twitter account is renamed from @MsTPrice to @FallonHenleyWWE. At the same time her Instagram account is also updated with the new name. If you want to know more details about her new contract with WWE here is more to it: 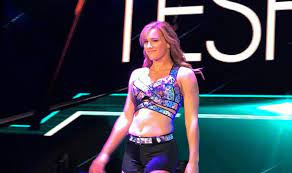 Tesha who is fondly know as Fallon Henley is currently working at WWE 205 live tapings. Due to this she has to team up with Erica Yan. They both will have to face Valentina Feroz and Yulisa Leon. This match will air during 205 live episode on Peacock and WWE network. All the wrestling fans are anxious to know more about this match and will want to know the results too. Tesha has been into wrestling since 2018.

Apart from that she is working for various promotions including AEW, SHINE, SHIMMER, and a lot more. While she was a part of NXT TV show in 2018 as an enhancement talent she gained a lot of attention. However she had to face a loss against Lacey Evans. In the meantime she is also worked at a dark match during 2018 Mae Young Classic. During that time she played as Tesha Price. It was an intense match but she lost to current AEW Women’s World Champion Britt Baker.

Tesha Price signs up with WWE 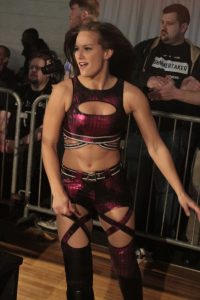 As all fans must be aware Tesha returned to NXT ring this year. She had to face a loss to Elektra Lopez during the September 21 NXT 2.0 revamp episode. Henley has also got the chance to appear in many backstage segments that gave her a lot of prominence. Since 2020 she has worked for about 21 matches for AEW. There have been some intense matches in Dynamite, Dark and Elevation.

The upcoming matches of Tesha are going to be interesting as she has signed up with WWE.  Fridays 205 Live have the very prominent second women’s division match. Lash Legend will take on Sarray who has just returned from a trip to Japan. Sarray is seen inside the ring on November 9th NXT show but suffered a loss against Kay Lee Ray. This is going to be the second important match for Lash.  She made her debut inside the ring and even defeated Amari Miller. For more news and gossips Stay tuned!